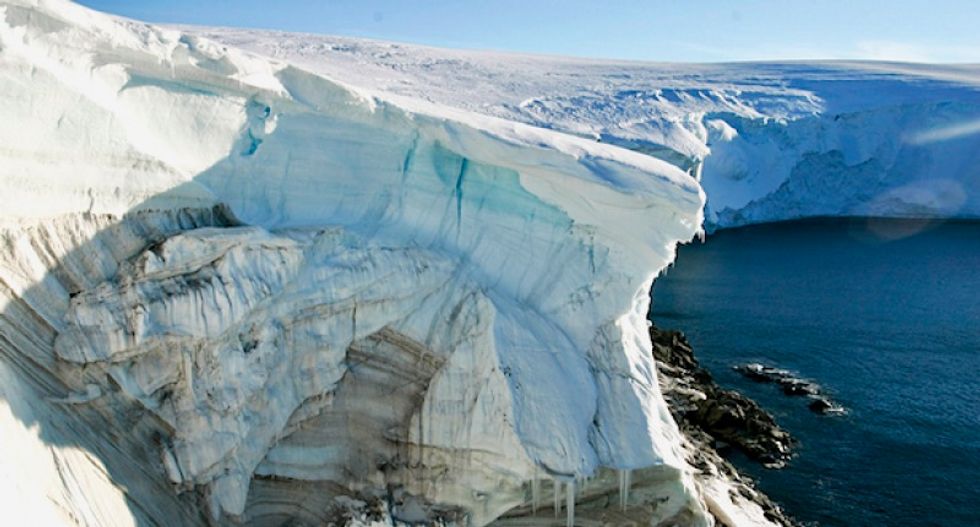 The diplomatic row that has erupted between Washington and Copenhagen over Greenland is just one part of a broader strategic battle being waged over control of the Arctic, according to one expert.

US President Donald Trump has cancelled a trip to Denmark and launched a war of words with his Danish counterpart, Prime Minister Mette Frederiksen, after she rejected his idea of the US buying Greenland as "absurd".

Mikaa Mered, professor of polar geopolitics at Paris' ILERI institute of international relations said Trump's unsolicited advances on the autonomous territory were a way to indicate US interest in the resource-rich Arctic -- and to distract from domestic issues.

Mered said Trump's offer to buy Greenland was a signal to Arctic nations and China, which has shown interest in the region, which is crucial for the control of new shipping routes opening up as ice sheets melt because of global warming.

"When it comes to the Russians, (Trump's) logic is to say: 'You won't always be the main power in the Arctic even if you are the chair of the Arctic Council in 2021'.

"And when it comes to the Chinese, the idea is... 'We won't let you get a foothold in Greenland'," Mered said.

He said the US has already increased its presence by re-establishing a consulate in Greenland's capital Nuuk, and helping to finance new airports, education and social programmes.

"The end goal is not to acquire Greenland per se but at least some new territory, some new pieces of land," he said.

Washington could be angling to buy the Gronnedal naval base in southern Greenland, "which the Danes ultimately decided not to sell in late 2017 because the only interested buyers were Chinese" he added.

- What role does Europe play? -

"It's possible that this whole hullabaloo is a political, media and economic test balloon designed to see how strongly Europeans feel about Greenland," Mered said, predicting the row could drag on.

"He will continue to use the case of Greenland, especially since Denmark is a fairly servile ally that won't turn its back on the US because of this."

- What does Trump stand to gain? -

Mered said the issue allows Trump to "make strides in the Arctic and at home".

"Looking at the presidential election, he has everything to gain by carrying on: he gets the Democrats out of the news at a critical time with the start of campaigning for the primaries and he himself is kicking off a bunch of rallies.

"(In the US), nobody knows where Greenland is, how it's run... There are so many things going on, he can continue to drag this out for several weeks."