‘He does not belong in this office’: Ron Reagan says Trump ‘has been crazy because he is crazy’ 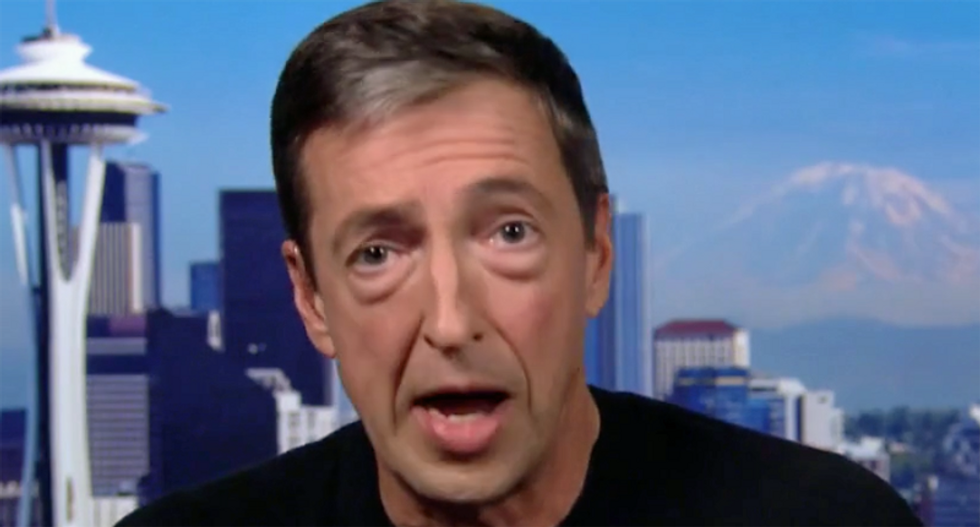 Ron Reagan, Jr. was interviewed on "Hardball" by Chris Matthews.

The host recounted Trump's attacks on Denmark after they said Greenland was not for sale.

"He wants to fight with everybody, including the quiet, American-loving Danes. What’s up?" Matthews asked.

"Well, it’s craziness, but I take a little umbrage at this idea that we have to ascribe it to something like the economy or his anxiousness about re-election. He’s acting the way he’s acting because he is who he is and what he is," Reagan replied.

"And we have to stop being surprised about any of this kind of stuff. It’s only going to get worse as we get closer to the election and more pressure mounts on him," he continued.

"Look, the economy may be heading into a recession. That puts pressure on a president. Well, you know what Truman said about heat and kitchens. The presidency is full of pressure. If this is enough to push him over the edge, really, let me state the obvious, he does not belong in this office," Reagan declared.

"I’m going to argue with Ron for the first time in a couple months here because of this," Matthews said.

"I think going to war with Denmark is still freaking news. I’m sorry. It still makes my list. This is like a Mel Brooks movie. I mean, what? I’ll go back to you, Ron. Why do you think it’s okay or this fits the normal pattern of our lives now. He wants to go to war over Greenland if you wrote this description in Hollywood, nobody would buy it," Matthews explained.

"It’s not that it’s okay. It’s normal for him. I mean, yes, this is completely crazy, of course," Reagan replied.

"I think it’s about time we acknowledge he’s been crazy because he is crazy. And it’s just going to keep going," he warned.