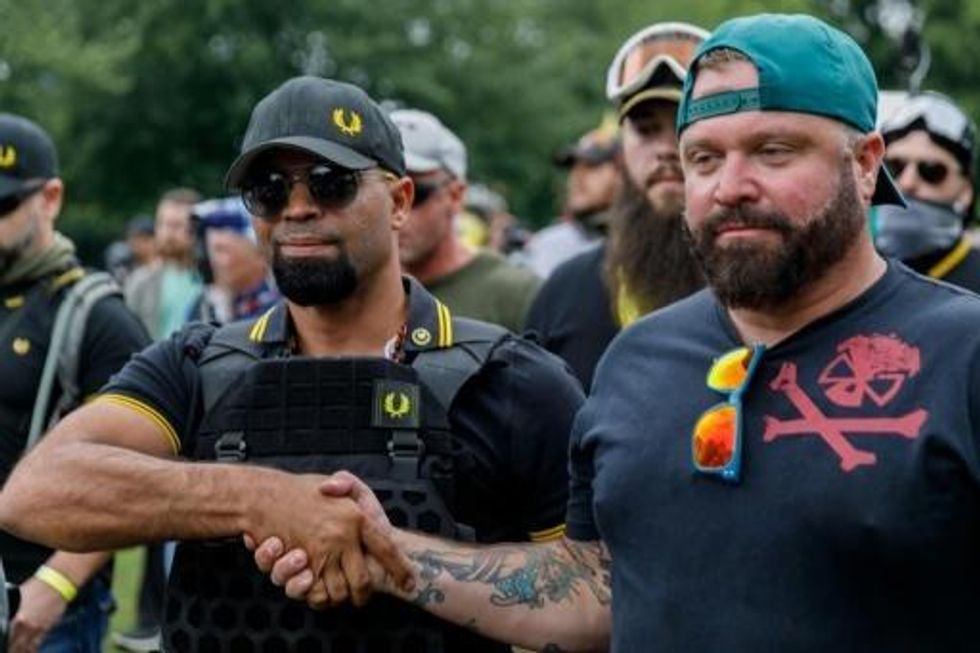 Police in Boston were gearing up for possible clashes Saturday between "Straight Pride Parade" demonstrators supportive of President Donald Trump and counter-protesters who accuse them of being homophobic and extremist.

A group calling itself Super Happy Fun America has organized the controversial parade in response to the hugely popular gay pride parades that take place in US cities every year.

Critics say organizers are white-supremacists whose intent is to bait members of the LGBT community in one of America's most liberal cities, and have arranged demonstrations to oppose it.

"There are no racists in our group. You have to come to one of our meetings: it's like the United Nations," president John Hugo told AFP, defending the parade.

The demonstrations come as tensions simmer between leftists and white nationalists in the United States.

Two weeks ago, a far-right rally and counter-demonstration by anti-fascist protestors in the city of Portland passed with no major incident amid a heavy police presence.

But the parade will have a clear political slant too, with participants due to walk alongside pro-Trump floats. The group's website displays a doctored photo of Trump holding a sign saying #GreatToBeStraight.

Prominent members of America's far-right movement, known as the "alt-right," are scheduled to speak, including former Breitbart editor Milo Yiannopoulos, who has been banned from several social media sites.

Enrique Tarrio, a member of the all-male "Proud Boys" organization, which has been designated a hate group by the Southern Poverty Law Center, is also due to attend.

Some 1,200 people are planning to join the parade, which starts at noon (1600 GMT) in Copley Square and ends at Boston City Hall around a mile and a half (2.4 kilometers) away, according to a Facebook group.

Police will cordon off the area and have said they will deploy uniformed and undercover officers along the route.

Several anti-Trump organizations and gay rights supporters have said they will try to block the parade. At least two counter-protests are planned, the first starting at 9:00 am.

"We are certainly not going to start any violence but we will defend ourselves if we have to," said Hugo, 56.

A "Straight Pride" held last Saturday in Modesto, California attracted only a few dozen people and about 250 counter-protesters, according to local newspaper The Modesto Bee.