Here's why Trump's rabid base will never see the light: They've turned to the 'dark side' 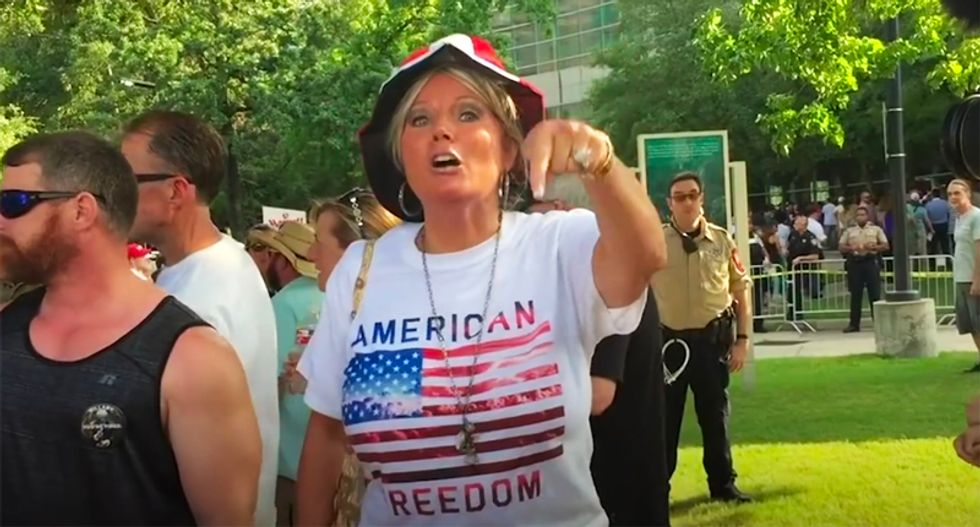 In a scorching piece for the Washington Post, columnist Colbert King made the case that there is no sense in wasting time trying to convince rabid supporters of Donald Trump that he is a racist or a white supremacist because that is part of his appeal to them.

Under a heading, "Don’t waste your breath trying to convince Trump supporters he’s repugnant," the longtime political observer cites the Harold Melvin and the Blue Notes song, " If You Don't Know Me By Now," as "instructive" as to why his base is unreachable.

"The sad truth is that with all that Trump has said and done, millions of Americans don’t see where he has ever crossed the line," he wrote. "Slurring Mexican immigrants as criminals and rapists? Calling for a ban on all Muslims coming into the country? Suggesting that a U.S.-born judge overseeing a Trump University lawsuit should recuse himself because of his Mexican heritage (“He’s a Mexican,” Trump said)? Saying people in the United States from Nigeria will never “go back to their huts”? Referring to Haiti and African countries as “s---hole countries” while wishing the United States would take more people from places like Norway?"

"What about those acts, you might ask? Shouldn’t they prompt folks in Trump’s camp to start striking their tents?" King asked before lamenting that Trump's fans just don't care.

"Trump’s loyal base of supporters rejects or ignores any charge of bias. They stay locked in, because they see things his way; he is speaking for them," he explained. "So, don’t waste time trying to convince them that Trump has a dark side. They have heard what you heard; have seen what you’ve seen. The difference: They delight in the Trump thoughts, words and deeds that you denounce."

"Within the ranks of Trump’s 'Make America Great Again' disciples are people who believe he is all that stands between them and an earthly perdition where their version of Christianity is on the ropes," he continued. "That helps explain why they cheer Trump on when he moves against the LGBTQ community, makes life miserable for “invaders” along the southern border and when he launches ugly racist attacks on women of color, oh yeah, and slurring that black congressman from Baltimore who dressed down a white federal bureaucrat over the treatment of detained migrant children. Put him in his place."

As King sees it, after over two years of watching Trump in action, any fans he has left are no different than the president.

"It doesn’t bother them at all when Trump resorts to racist, sexist and religiously intolerant tropes in his onslaughts, " he wrote. "Face it. They helped put — and are now fighting like mad to keep — a prejudiced president in the White House. What does that say about them?

What does it say about the rest of us if we let them?"

"Forget labeling; spend the time we have left on the political effort to rid the White House of that problem," he concluded.