How Trump's narcissism mixes with his followers' paranoia to create a toxic brew engulfing US politics: psychoanalyst 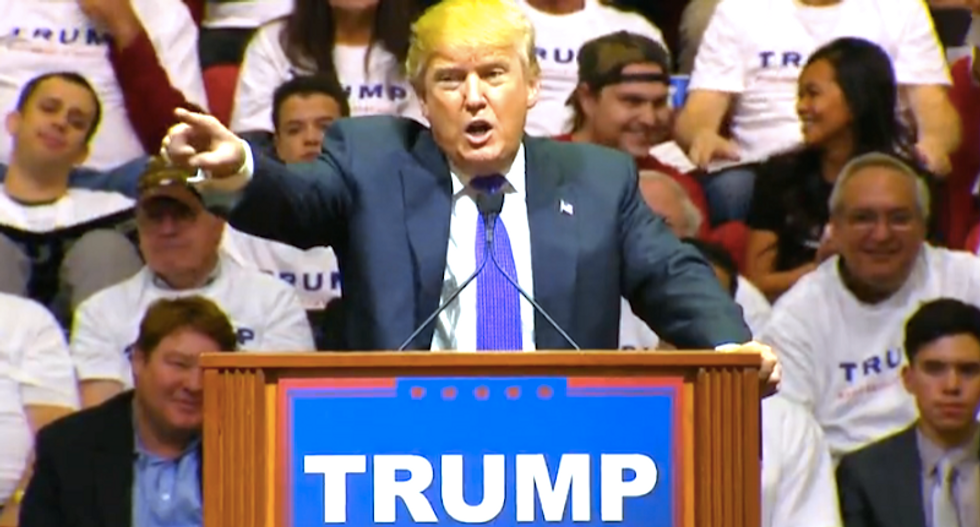 Ian Hughes, a scientific policy adviser who has training as a psychoanalyst, has written a new article at EuroNews about President Donald Trump's narcissistic behavior and how it combines with followers who suffer from paranoid delusions to create a toxic psychological stew that has engulfed American politics for the past four years.

"As Lobaczewski observed over half a century ago, many individuals with these disorders -- whose psychology chimes with that of the toxic leader -- now emerge in every walk of life and in every part of the country to actively support their leader, repeating his lies, cheering his prejudices, condoning his cruelty and normalising his pathological worldview," he writes. "Their collective psychopathology brings about a sudden transition to a post-truth world in which scapegoating and aggression replace compassion and reason."

Hughes concludes that the one upside to Trump's narcissism is so strident and obvious that it provides a perfect case study that can be used to warn future generations.

"If there is hope in our present situation, it lies in the fact that the current occupant of the White House... is opening our eyes to the reality that individuals with dangerous personalities can plunge entire societies into division and moral confusion," he writes. "Creating a collective understanding of this fundamental truth is the first essential step to recovery from the collective madness."