How Trump's trade war could be his own undoing 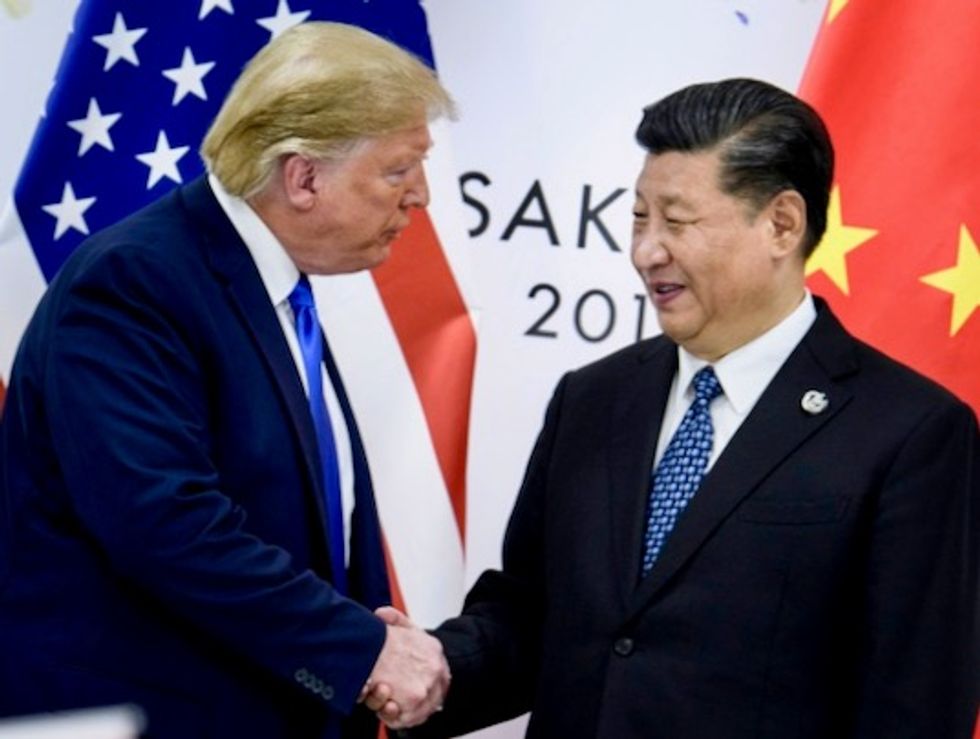 How to explain the last hours of the G7 summit in Biarritz, France? Let’s just say it was like being trapped in that infamous episode of “Friends” where Ross keeps screaming “PIVOT!” to his increasingly vexed pals as they try to haul a heavy sofa up a twisty flight of stairs.

Much was made of the collective “whiplash” the other leaders endured given Trump’s patented unpredictability at his third G7 summit. Even when France’s President Emmanuel Macron attempted some French farce-like antics of his own–like unexpectedly whisking in Iranian Foreign Minister Javad Zarif almost on the sly for a few hours–he was overshadowed by all things Trump. Especially when it came to the trade war with China.

Was China’s President Xi Jianping the “enemy” and should American companies get the hell out of China? Absolutely, according to President Trump just before the summit.

The Chinese don’t have to surrender; they’re in this for the long haul, even if Trump’s tariffs hurt their economy.

But just 72 hours later, Xi was a “great leader,” a “brilliant man” and U.S. firms should stay put and “do a great job.”  Trump claimed China called at the end of the summit and wanted to get back to the table.

That was unlikely according to experts who said China would have been shocked at Trump’s vitriolic tweets last week.

“This is incredible language. The word ‘enemy’ really takes it to a new level,” Bonnie Glaser, a China expert at the Center for Strategic and International Studies told the Washington Post. “The Chinese will be quite startled by the fact that the president could even raise the fact that China could be an enemy.”

China begged to differ, saying they had made no such call to Trump at the end of the G7 summit.

Who do you believe?

“China did not and will not surrender,” the Xinhua state-run press agency said Tuesday. “Playing the old tricks of bullying and maximum pressure, the U.S. administration has escalated the trade tensions repeatedly and tried to coerce China into accepting its irrational demands.”

Therein lies the rub. What China said was key to what was missing from the many sober analyses of the diplomatic layup that is the G7. The Chinese don’t have to surrender; they’re in this for the long haul even if Trump’s tariffs hurt their economy. Trump only has another year and change unless he is re-elected.

Trump plans to impose new tariffs on $300 billion of Chinese goods into the U.S. starting Sept. 1. Beijing has struck back and plans to hit $75 billion worth of U.S. goods with new duties and tariff increases next month.

Everything Is Long Game

“What people seem to forget is that everything is the long game to them,” said a Beijing-based friend in the doctoral program at Columbia University. “Xi doesn’t have to worry about re-election. And the Communist Party isn’t going anywhere. China is not invulnerable to Trump’s tariffs but they are also okay with letting their people suffer for a couple of years if it means waiting Trump out. Who else in the world has this big an economy and this big an advantage?”

CNN, like many other outlets, correctly intoned that “it’s not clear if Trump accomplished anything at G7” – meaning that Trump remains a stubborn party of one when it comes to abandoning the nuclear deal with Iran and the Paris climate change agreement, bringing back Vladimir Putin to the summit and amping up trade wars with China and Europe.

But what was not emphasized was Trump’s relative restraint at this year’s G7. Waffling, gaslighting, contradicting what he said seemingly moments before, are classic Trump moves. But walking back remarks, as he did when he admitted he had “second thoughts” about some of his actions, particularly when it came to China, was something new.

Last year, Trump stormed out of the G7, slamming Canadian Prime Minister Justin Trudeau for being “dishonest and weak” after a clash over the U.S. slapping tariffs on metal imports from Canada, Mexico and the European Union.

This year he could be said to be positively subdued – for him. Why? Because some economic analysts say, he knows that the U.S. companies—from IBM to General Motors—will postpone capital expenditures if they think the trade wars with China will continue—or escalate. That could virtually assure the already predicted fall recession.

“The trade war, all the political uncertainty -- it’s like you’ve got a twig and you’re bending it and it’s just bending, bending, bending,” Lori Calvasina, head of U.S. equity strategy at RBC Capital Markets, told Bloomberg. “We all know what happens if we bend the stick too long. Eventually, it just snaps and it just goes.”

“Everyone thought Russian collusion would bring down Trump,” said the Columbia student. “What if it turns out to be China playing hardball with Trump in the trade war instead?”