'IDIOT!' Fox News viewers fly into a rage after anchor says claims of Facebook being anti-conservative are 'unfounded' 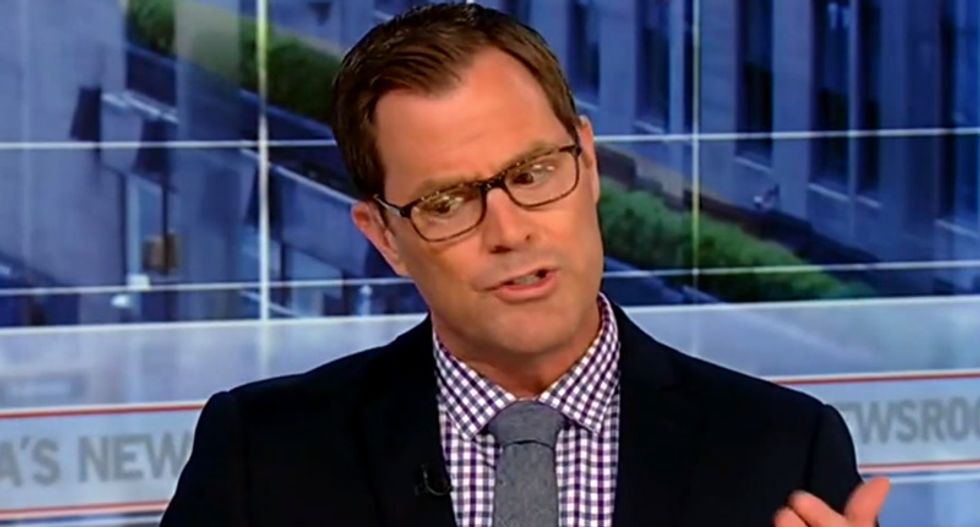 Fox News Headlines 24/7 morning anchor Brett Larson is facing an angry backlash from some viewers of the network, after saying on Wednesday that claims of anti-conservative bias at Facebook have mostly turned out to be baseless.

Facebook recently released the findings from an audit of conservative claims of bias, which was conducted by former Republican Sen. Jon Kyl (AZ). During an interview on Fox News, Larson was asked to respond to comments from Sen. Josh Hawley (R-MO), a frequent Facebook critic who said that the audit was "a smokescreen disguised as a solution."

"Facebook should conduct an actual audit by giving a trusted third party access to its algorithm, its key documents, and its content moderation protocols. Then Facebook should release the results to the public," Hawley said Tuesday in a statement.

"I thought that was an interesting observation that he made," Larson said. "But that’s kind of akin to someone saying, 'Hey, let me come in and see what the recipe is for Coca Cola and how you’re making this and why people prefer your soft drink versus Pepsi. I want to see that because I want to be able to tell people.'"

"These claims of Facebook being biased are, over and over again, they are being found it to be unfounded," Larson added. "And listen, before you start clacking out your tweets at me that you are going to send because of what I’m going to say -- and the irony is not lost on me, thanks for that."

"Here's the thing, when you are talking about hate speech, when you're talking about content policies, when you are re-tweeting things calling people stupid, saying someone is an idiot, these kinds of behavior on social media, those are words that are in an algorithm that are going to slowly push you lower and lower on the totem pole."

Larson's prediction turned out to be correct. He received a bundle of angry comments on Twitter from Fox News viewers: