‘If there was a time for swearing — this is it’: Seth Meyers blasts Republican cowardice after El Paso attack 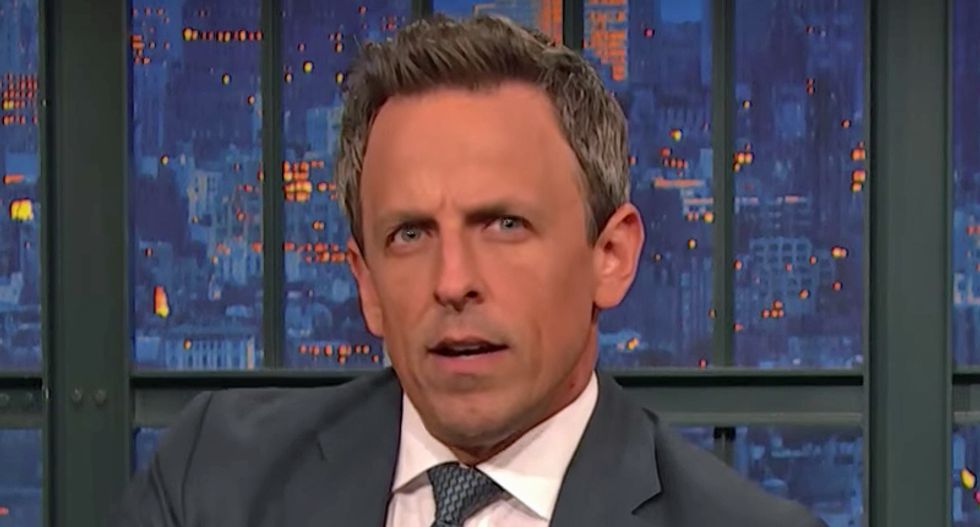 "This was a heart-breaking weekend of unspeakable tragedy, and yet, one that disturbingly feels all too family," Meyers noted.

"Of course, as we all know by now, there's an epidemic of gun violence and mass shootings in this country, no matter how difficult, we can't become numb to it," he explained. "But it's also not just about guns, the shooting in El Paso was an act of white supremacist domestic terrorism specifically targeting Hispanics."

"The spread of violent white supremacy has been fueled by racist vitriol, warning of invasions by immigrants, language that is frequently echoed by right-wing media outlets and, of course, the president," Meyers said. "And on top of that, there's too much easy access to weapons of war that should be outlawed

"This is a moment that demands moral clarity and urgency from our political leaders," he declared.

He then documented how Republicans are ignoring the crisis, while Democrats are outraged.

He played clips of Rep. Tim Ryan (D-OH) and former Rep. Beto O'Rourke (D-TX) swearing they were so livid about the terrorist attack on El Paso.

"If there's every a time for swearing -- this is it," Meyers said.