If Trump wants to visit our city, he 'needs to take back his words': El Paso congresswoman 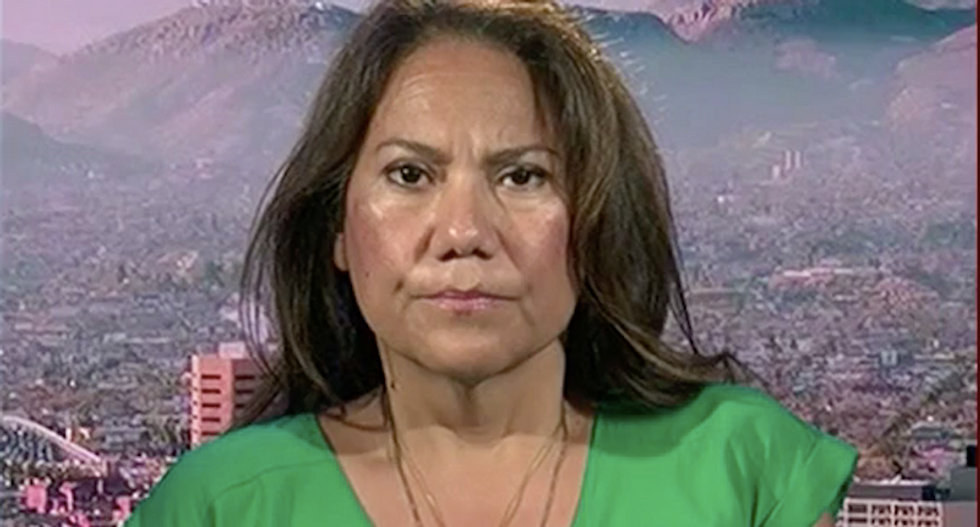 On Tuesday, Rep. Veronica Escobar (D-TX), who represents El Paso, told CNN's Chris Cuomo in no uncertain terms how President Donald Trump can start trying to make things right in her community if he really wants to — and until he does, he shouldn't bother coming to grieve with them.

"I think it's important for us to have a dialogue about why this community is in so much pain," said Escobar, whose attempt to talk to Trump over the phone beforehand was rebuffed.

"I don't know that he gets it, Chris. His words have incredible power," added Escobar. "You walk through all of these families, you walk through to this memorial, you'll see people in pain. I talked to a veteran earlier who said, 'I'm being made to seem as though I'm not American.' The language that he uses to humanity, that's in the hospital. The minute they begin talking the terror and what that — that terrorist did, the way that he behaved in the most cold-blooded fashion, it's because he doesn't see Mexicans, Hispanics — He doesn't see us as human. The president needs to take back his words."

"Let's go one step as a time," said Cuomo. "You wanted to have this call, they say, 'no, it's too busy.' You say 'I'm not going to be a part of this.' Are you okay with that? Because the idea is, it can't be just about you, it's got to be about your constituents. You believe you're doing the right thing by them?"

"I do. I do," said Escobar. "We're going to have 22 funerals, Chris. Twenty-two funerals in this community. And the words that have dehumanized us are still hanging over us. "

"You need to hear this president apologize for the things he's said," said Cuomo.

"And to acknowledge that they were wrong," said Escobar. "And to take them back."

"And if he doesn't?" Cuomo pressed her.

"As far as I'm concerned, he should not be here until he does that," she said simply.