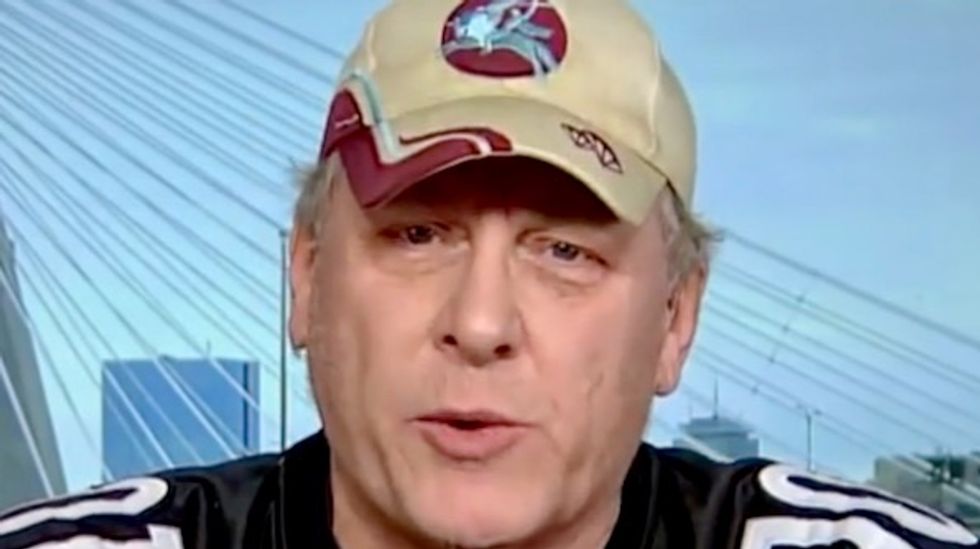 Schilling in his post-baseball years has become a far right wing political commentator who has endorsed Donald Trump and who even promotes the false QAnon conspiracy theory.

Despite Schilling’s horrific history, President Donald Trump felt the need to praise him on Twitter – while making it clear the president saw him on “Fox and Friends.”

Many immediately took to Twitter to provide an important background check.

Among them, Parkland massacre survivor and activist David Hogg, who alluded to, as Yahoo News reported, the fact Schilling last year retweeted “a conspiracy theory that alleges one of the survivors from the mass shooting at Majory Stoneman Douglas High School in Parkland, Fla. was actually a paid crisis actor.”

Schilling at the time had just lost his ESPN gig after sharing on Facebook a vile transphobic meme, making clear what direction he was going to take his career in.

“Let him in!” the tweet read. “To the restroom with your daughter or else you’re a narrow minded, judgmental, unloving, racist bigot who needs to die!!!”

And here are some more responses to Trump’s endorsement of Schilling’s potential congressional run: