Israel may bar Ilhan Omar and Rashida Tlaib from entering the country: source 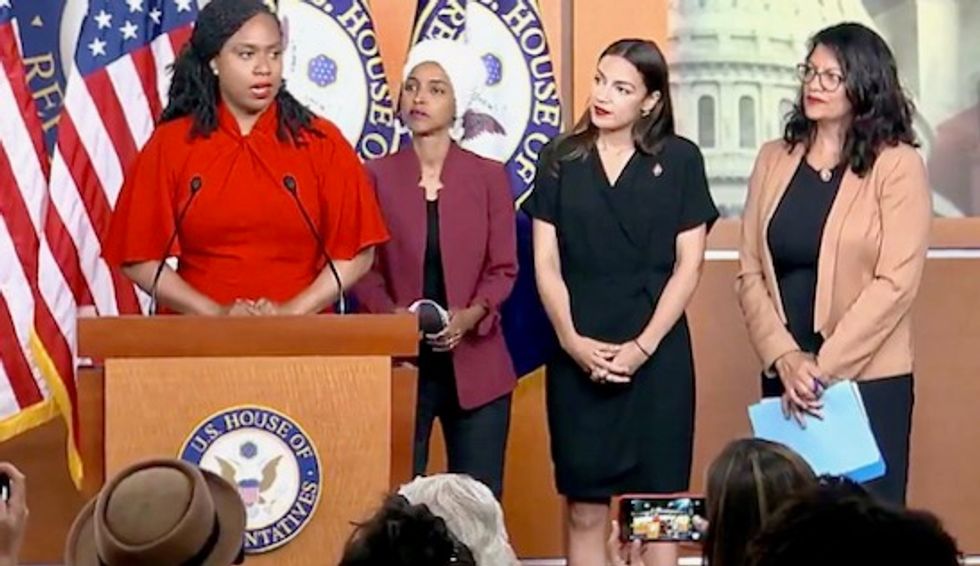 Israel may bar a visit by two US congresswomen who have expressed support of a boycott of the Jewish state despite having signaled they would be allowed in, a government official said Thursday.

Ilhan Omar and Rashida Tlaib, who is of Palestinian origin, are expected at the weekend for a visit to Israel and the Palestinian territories.

Prime Minister Benjamin Netanyahu held consultations on the visit on Wednesday and a final decision is being weighed, the government official said on condition of anonymity.

"There is a possibility that Israel will not allow the visit in its current proposed format," the official said.

"Professional teams and legal counsel in various government ministries are continuing to examine the decision. According to Israeli law, the authority lies with the minister of the interior."

The official, however, added that "if Congresswoman Tlaib makes a humanitarian request to visit her family, the decision on her matter will be considered favorably".

In 2017, Israel passed a law banning entry to foreigners who support boycotting the country.

The law was passed in response to a movement to boycott Israel as a means to pressure the country over its treatment of the Palestinians.

Israel sees the movement as a strategic threat and accuses it of anti-Semitism -- a claim activists deny, saying they only want to see the occupation end.

Prominent Arab Israeli parliament member Ayman Odeh said: "A state that has nothing to hide would not think of preventing the arrival of two members of Congress."

"Another desperate attempt to hide the reality to the world," he wrote on Twitter.

Both Omar and Tlaib have been critical of Israel's occupation of the West Bank and treatment of Palestinians.

They have also faced accusations of anti-Semitism, which they firmly deny.

The Israeli ambassador to the United States, Ron Dermer, had previously signaled the two congresswomen would be allowed to visit out of respect for Washington, Israel's most important ally.

They are also outspoken political opponents and critics of US President Donald Trump, who has a close relationship with Netanyahu.