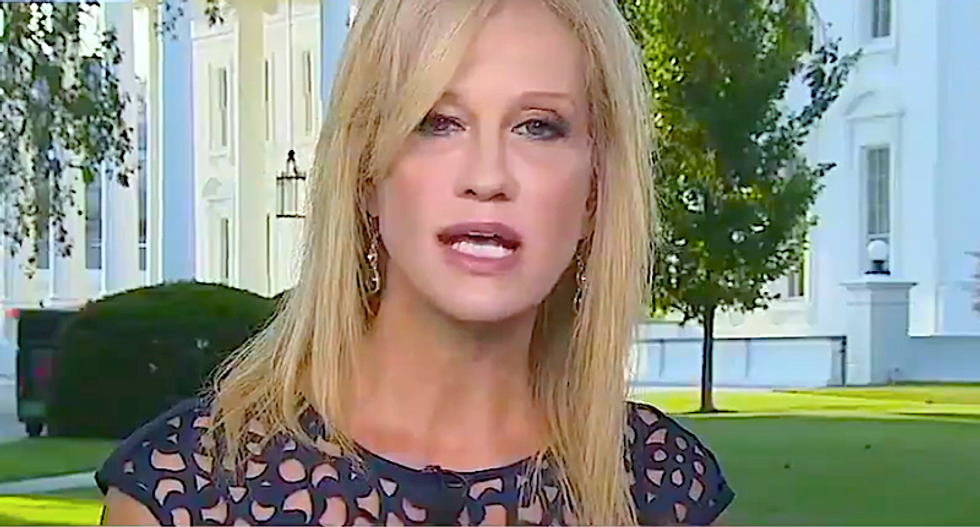 The 24-year-old gunman who killed his sister and eight other people in Ohio reportedly expressed support for Warren on his social media pages, and Conway tried to link the Democratic presidential candidate to the massacre.

"The president is trying to bring the country together, heal a nation but also offer concrete proposals on how to move forward as a nation" Conway said.

President Donald Trump has been blamed for a shooting the same day in El Paso by a gunman whose manifesto echoed some of the president's anti-immigrant rhetoric before opening fire on Hispanic shoppers at a Walmart store.

Then she ordered Democratic candidates to stop raising money by promoting gun safety legislation and instead support the president's agenda.

"Everybody needs to stop preening in front of the cameras," Conway said. "Stop raising money -- Elizabeth Warren, I'm talking to you -- for Senate candidates off of this, and stand up and work with us."