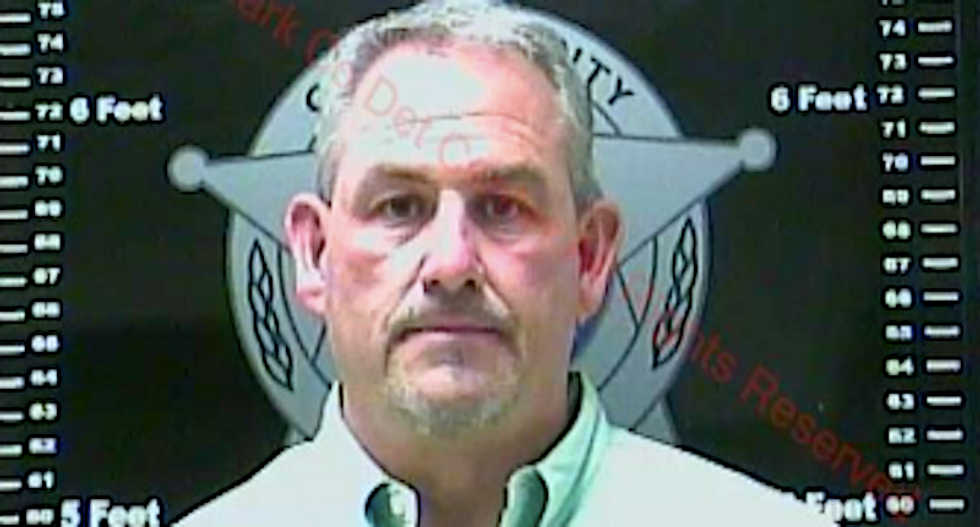 A Kentucky high school principal who made national news for trying to ban books over "homosexual conduct" has been arrested on child pornography charges.

Phillip Todd Wilson was arrested Tuesday on 30 counts after state troopers received a complaint from Clark County Area Technology Center that the principal had given child pornography to someone else, reported WKYT-TV.

The technology center is operated by the Kentucky Department of Education, which is investigating to determine whether children in the program were affected.

@halseanderson @ChrisCrutcher @NealShusterman I was a very new author at the time and the press coverage was overwh… https://t.co/8Nfv5gNBK1
— Jo Knowles (@Jo Knowles)1566991371.0

Wilson gained national notoriety in 2009 when he banned "Lessons From A Dead Girl," a book by award-winning author Jo Knowles, and several other publications from classrooms at Montgomery County High School.

Some parents had complained that several contemporary novels taught alongside English literature classics, such as "The Canterbury Tales" and "Beowulf," were inappropriate due to subject matter involving sex, child abuse, suicide and drug abuse.

Wilson and Montgomery County School Superintendent Daniel Freeman ordered the challenged books to be withdrawn from the curriculum, and pressured teacher Risha Mullins after she continued using them as optional titles for classroom reading circles.

“One more problem with books and the club is gone,” the superintendent said, according to Mullins.

But Wilson and Freeman eventually shut down the reading club and removed the contemporary books, without following board policy on suspending titles from classroom use.

Wilson remains held on $25,000 cash bond, and Clark County Public Schools released a statement saying officials were "shocked and dismayed" by the allegations.