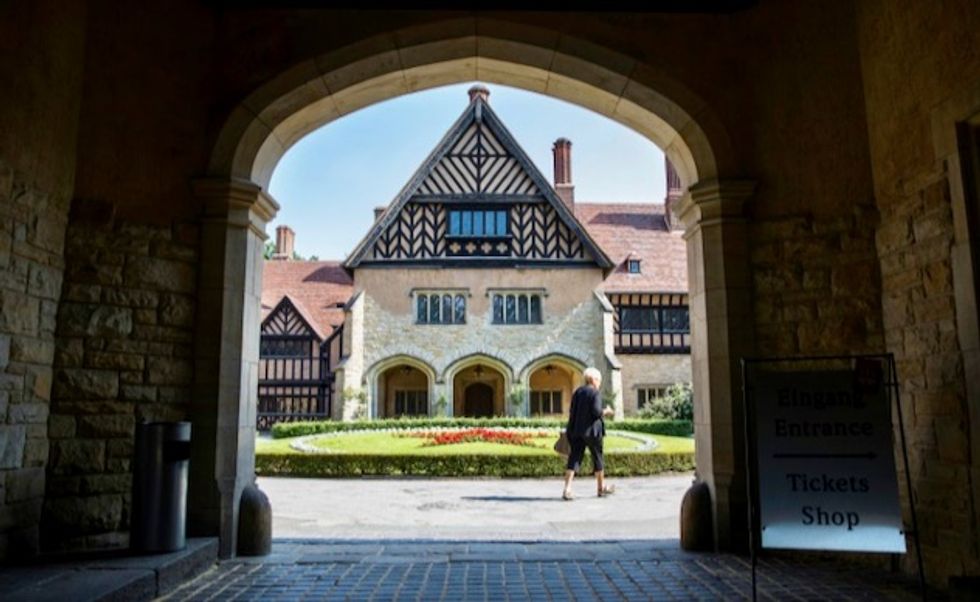 A century after Germany's monarchy was abolished, some of its blue-blooded descendants are riding back into battle to reclaim what they see as their royal birthright.

At stake are fabulous palaces and thousands of priceless artefacts and artworks.

The fight has thrown a new spotlight on Germany's aristocratic families, who are now usually best known through glossy celebrity gossip magazines, and specifically the House of Hohenzollern.

The descendants of the last German emperor and king of Prussia, Kaiser Wilhelm II, have embarked on a struggle to get back properties and treasures that were confiscated by the Soviets in 1945.

The biggest prize up for grabs is the right of residence in Cecilienhof Palace near Berlin, site of the 1945 Potsdam Conference.

The Tudor-style mansion, which boasts 176 rooms, six courtyards and 55 fireplaces, was the last Prussian palace built by the Hohenzollerns.

It was there that the victorious Allied leaders, US president Harry Truman, British prime minister Winston Churchill and Soviet leader Joseph Stalin, decided the shape of a post-war world.

The palace and other riches long lost behind the Iron Curtain came back into reach for the Hohenzollern family with the fall of the Berlin Wall, the turbulent event three decades ago this October 3.

Family representatives and cultural foundations have held secret negotiations on their compensation and restitution demands since 2013, sometimes in Angela Merkel's chancellery building.

The issue and the secret talks only came to light in July in a report by news weekly Der Spiegel, which was later confirmed by the culture ministry.

The Hohenzollerns, whose history has been linked with Germany's for almost a millennium, were kings of Prussia from 1701 and then ruled the German Empire from 1871 until Wilhelm II was forced to abdicate in 1918 and went into exile after Germany's defeat in World War I.

The Prussian royals were initially stripped of their properties without compensation, but a deal on the monarchy's assets was later worked out under a 1926 law.

The imperial family received millions of marks and kept dozens of castles, villas and properties, mainly in and around Berlin but also as far away as today's Namibia.

AFP/File / Odd ANDERSEN Cecilienhof Palace, the Tudor-style mansion, which was the last Prussian palace built by the Hohenzollerns, hosted the 1945 Potsdam Conference where victorious Allied leaders decided the shape of the post-war world

However, Soviet occupation following World War II and subsequent communist rule led to additional expropriations, of the type which has generally entitled owners to compensation.

Georg Friedrich Ferdinand, the great-great grandson of Wilhelm II, says that his family has since the collapse of the Soviet bloc insisted on getting back what it had been granted in the immediate post-WWI agreement.

At stake are the right to reside at Cecilienhof and many other properties, as well as the restitution of thousands of paintings, sculptures, furniture, books and coins, Der Spiegel has reported.

Most of these are now held by the state-run Prussian Palaces and Gardens Foundation Berlin-Brandenburg, the Prussian Cultural Heritage Foundation and the German Historical Museum.

Many critics have expressed anger that the Hohenzollerns are now trying to get these treasures back, depleting public collections.

"What nerve," said the former speaker of the lower house of parliament, Wolfgang Thierse.

AFP / Odd ANDERSEN Many critics have expressed anger that the Hohenzollerns are trying to get back treasures, depleting public collections

Brandenburg state's finance minister, Christian Goerke, charged that "the Hohenzollerns have marginalised themselves with their unacceptable claims".

Markus Hennig, the Hohenzollern's lawyer, however insisted to AFP that the "claims are based on law".

The controversy comes as Germany builds a replica of the Berlin Palace, the principal residence of the Hohenzollern kings of Prussia, which was heavily bombed in WWII and then levelled by the communist East German regime in 1950.

At the core of the ongoing fight is the question of what role the Hohenzollerns, whose Kaiser Wilhelm II was instrumental in causing the outbreak of World War I, played when the Nazis came to power.

Under a 1994 law, people whose property was expropriated by the Soviet Union have a right to claim compensation -- but only if they did not "lend considerable support" to the Nazi regime.

University of Edinburgh historian Stephan Malinowski said that there was a debate among historians about the link between the son of the last kaiser and Nazism.

"Most of them have come to believe that there was a very strong link between the crown prince and the Nazi Party, although he was never a member of the party," Malinowski told AFP.

In a newspaper in 1932, the crown prince called for people to vote for Adolf Hitler in the presidential election, he added.

The wrangle may go on for years but, as Der Spiegel pointed out, that's not much "after a century-long dispute and a millennium of family history".