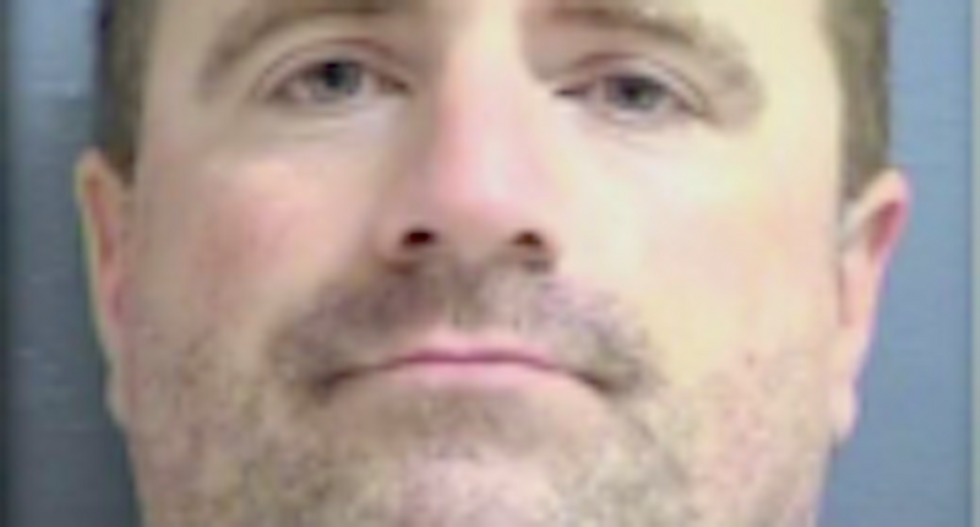 A Pennsylvania man ranting about being the second coming of Christ and mental health was arrested as a potential mass shooter just hours before President Donald Trump made similar claims from the White House.

Police said Edwin Leech walked into the Victory Family Church in Cranberry Township shortly after 6 a.m. during a special "21 Days of Prayer" service and sat down among the worshipers, who were alarmed by some of his questions, reported KDKA-TV.

Investigators said the 43-year-old Leech, who is not a church member and had apparently never been there before, started asking suspicious questions about the church and the whereabouts of its pastors.

Leech then made a scene by declaring himself the messiah and demanding to question the prayer leader.

“This is how mass shootings happen, I have mental problems,” Leech said, according to witnesses.

Trump approvingly quoted a right-wing conspiracy theorist who called him the "king of Israel" and the "second coming of God," and the president later declared himself "the chosen one" and blamed mass shootings on mental illness.

"But we also have to remember the gun doesn't pull the trigger, the person does," Trump told reporters, "and we have great mental illness."

Security guards escorted Leech from the church, which initiated its lockdown procedures, and police said he became more agitated after officers arrived.

Police found no weapons on Leech, but said he was driving a motorcycle that didn't belong to him and gave officers a phony address.

Leech was charged with terroristic threats, as well as disorderly conduct and defiant trespassing.

Court documents show Leech told police he wanted to teach the church a "lesson" on how to treat people, and he told officers he was “an expert in mass shootings because he studies them a lot.”

Leech, who remains held in the Butler County Jail on $50,000 bond, is also awaiting trial in Washington County on charges of strangulation and simple assault in connection with an April altercation with his father.