‘Mar-a-Lago is dead center’: Trump is concerned his club could be hit by ‘record-setting’ Hurricane Dorian 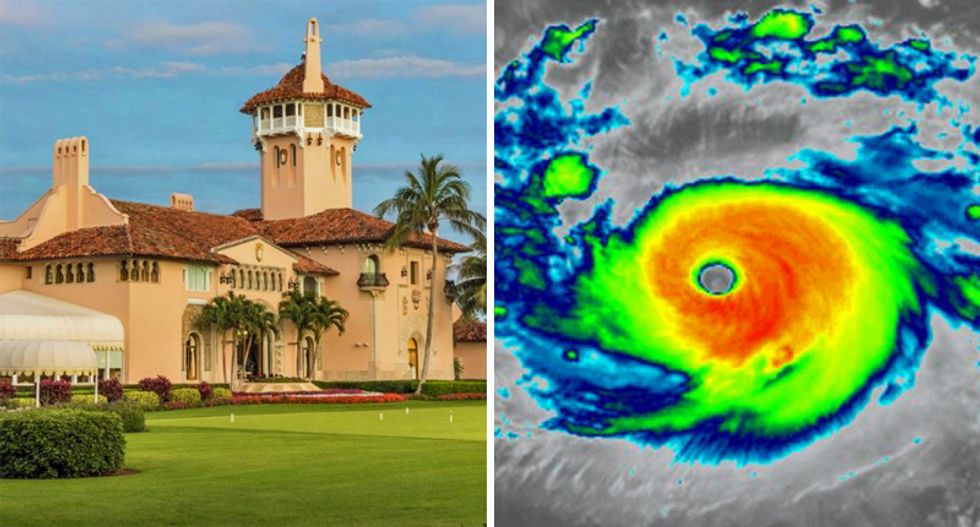 Composite image of Mar-A-Lago via www.maralagoclub.com and Hurricane Dorian via the National Hurricane Center

President Donald Trump's Mar-a-Lago club could be hit by Hurricane Dorian, he explained while departing the White House for Camp David on Friday.

"How concerned are you about Mar-a-Lago being in the hurricane's path?" a reporter asked.

"You know, I haven’t even thought about it until the question was just broached a little while ago. Yeah, it would look like Mar-a-Lago is dead center," Trump said, gesturing with his right hand.

Trump gesturing about Mar-a-Lago being 'dead center' in the path of Hurricane Dorian.[/caption]

"The thing I’m worried about is the state of Florida. Because this hurricane is looking like -- this could be a record-setting hurricane. Maybe things change," Trump added.

If Mar-a-Lago is damaged, taxpayers could be on the hook as the club is reported covered by the National Flood Insurance Program (NFIP).