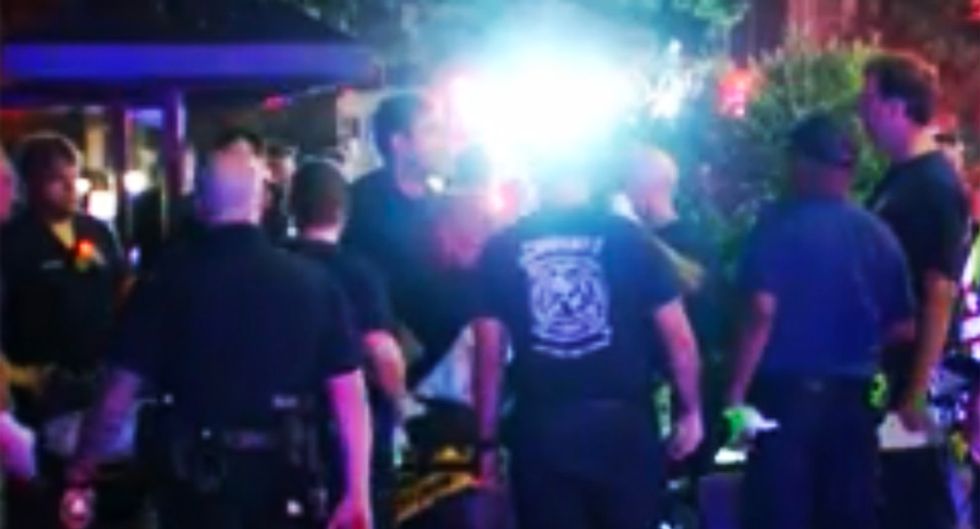 Hours after an anti-immigration extremist shot and killed 20 shoppers at an El Paso Walmart, a second shooter opened fire outside a bar in Dayton, Ohio killing nine and wounding 16 the Dayton Daily News reports.

According to the report, the shooter opened fire on a crowd near the Ned Peppers Bar at about 1 AM.

The reports states the shooter, who reportedly was wearing body armor and using what was described as a "long gun," was shot and killed by responding officers.

According to the report, "Police are trying to identify the suspect, who was shot to death by Dayton police officers, he said. As far as police know, there was only the one suspect.'

More information to come as it is reported.