'More important than ever': Stacey Abrams applauded for #FairFight2020 initiative against voter suppression 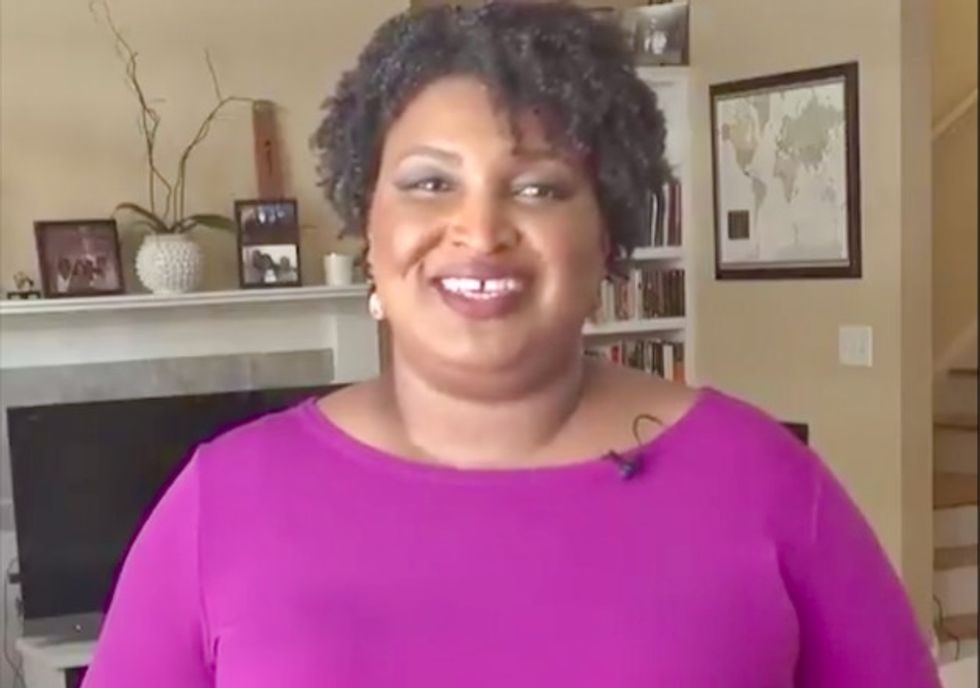 "Creating a government of the people, by the people, and for the people will happen only when we hear every voice from the people."

After experiencing firsthand how voter suppression impacts elections in her narrowly unsuccessful Georgia gubernatorial race against Republican Brian Kemp, Stacey Abrams on Tuesday launched an initiative aimed at bolstering voter protections nationwide ahead of the 2020 elections.

"There are only two things stopping us in 2020: that people have a reason to vote, and that they have the right to vote," Abrams said in a speech at the International Union of Painters and Allied Trades convention in Las Vegas, where she officially launched her initiative.

"I can't undo the election in 2018," said Abrams, "but I will say something that seems to anger people when I say it: We won. We won that election."

Titled Fair Fight 2020, the program was launched with the goal of staffing and funding "voter protection teams" in battleground states across the country to ensure people's rights are protected from sneaky and unlawful suppression tactics as they head to the ballot box next year.

As the New York Times reported, Fair Fight 2020 will

expand beyond Georgia to target 20 states, including across the Midwest and Southeast, and will invest up to $5 million.

It will work to correct inaccurate voter rolls, address shortages of voting machines and provisional ballots, and standardize the rules around counting absentee ballots, according to aides. There will also be a state-by-state hotline where election irregularities can be reported.

"Creating a government of the people, by the people, and for the people will happen only when we hear every voice from the people," said Abrams in a video posted to Twitter Tuesday.

I am excited to announce the launch of #FairFight2020, a comprehensive initiative to staff, fund, and train voter p… https://t.co/P5PORCJYsf
— Stacey Abrams (@Stacey Abrams)1565731990.0

Abrams' decision to launch Fair Fight 2020 comes amid reports that she was considering a late entry into the crowded Democratic presidential field.

The former minority leader of the Georgia House was applauded for choosing instead to tackle the crisis of voter suppression, which has been deployed in various forms by Republicans to seize power in states across the nation.

"While being a pundit or running for president might have been easier, fighting voter suppression and making sure our nominees have what they need to fight on the ground is what's most important," Lauren Groh-Wargo, an Abrams aide, told the Times.

"At a time when Donald Trump and cowardly Republican politicians all over this country are working overtime to suppress the vote, Stacey Abrams' work to protect voting rights is more important than ever," Sanders tweeted late Tuesday. "If you're an American citizen who is over 18, you must be able to vote."