Morning Joe panel piles on GOPer Steve King for promoting rape and incest: 'This weirdo needs to be gone' 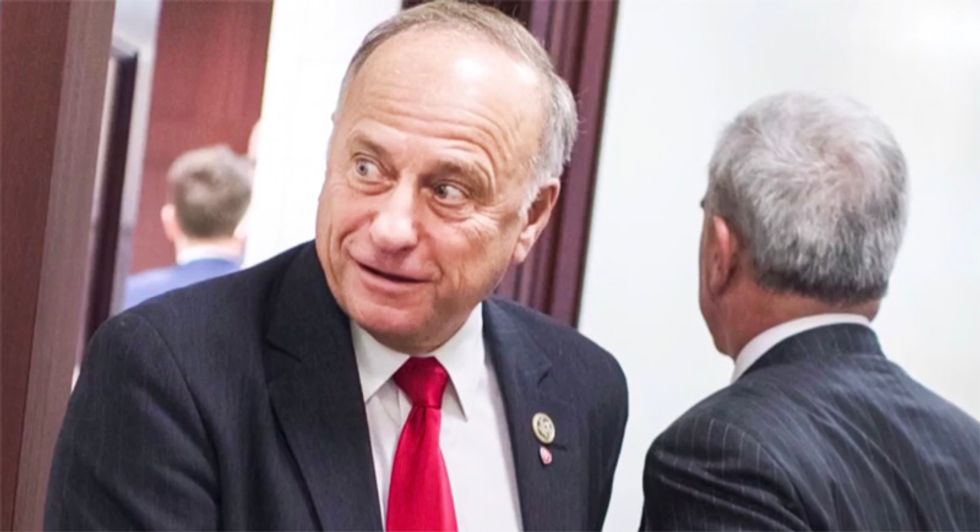 Embattled Rep. Steve King (R-IA) took some more hits on Morning Joe on Thursday, the day after a video of him promoting rape and incest as a way to keep the population up went viral.

King made his comments before the Westside Conservative Club in Urbandale, Iowa, where he asked, if there would “be any population of the world left” if it were not for rape and incest drew immediate condemnation across the board, and the panelists on MSNBC were happy to join in.

After reading a transcript of King's comments, "Morning Joe" fill-in host Willie Geist remarked, "I wish I could say these comments were surprising but he's made a career of saying things like this. you can go back 15 years to when he first came into Congress saying including that then-Senator Obama were elected president Al Qaeda would be dancing in the streets celebrating, the anti-imimmigrant rhetoric, the anti-Muslim rhetoric, the list goes on and on and it's just ridiculous."

"And it's gone on far too long. Why has this weirdo, I mean, that was just weird. Who even thinks that way?" exclaimed former George W. Bush speechwriter Elise Jordan. "Almost fantasizing about incest and rape? I just don't -- I -- this weirdo needs to have been gone a long time ago. Super weird."

"He may be gone," Geist offered. "He won narrowly in his last election, he's going to get a primary and he'll have a strong Democrat running against him, the person who almost beat him last time."

Fill-in host Katty Kay then jumped in the fray.

"I was laughing at Elise putting it so perfectly, he's just a weirdo," she stated. "The fact that Iowa's Fourth District has re-elected him as often as it has is sort of strange given, as you say, there's a long history of him saying these things. There are certain things you never want to be heard to even be vaguely supporting."