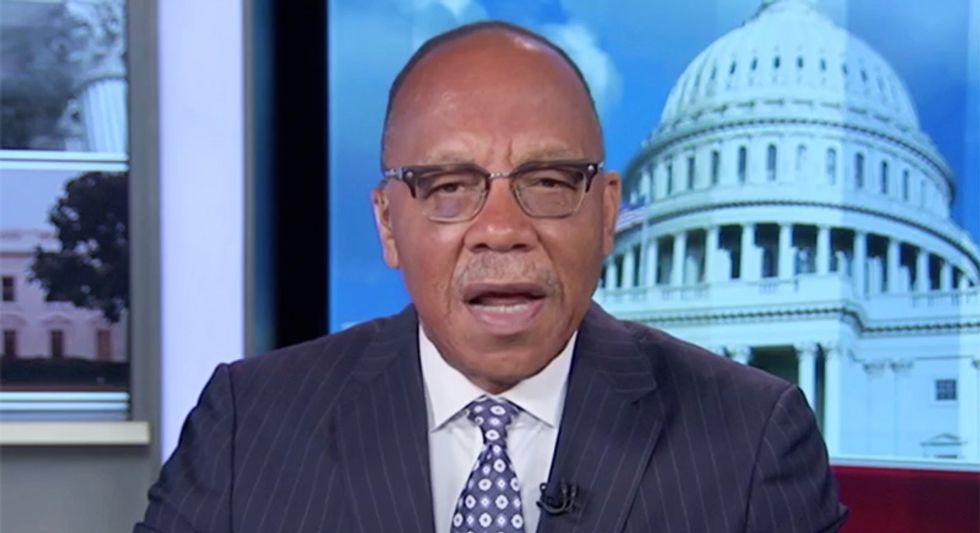 Concluding a panel discussion on MSNBC's "Morning Joe," regular contributor Eugene Robinson said the laxness and understaffing at the federal jail where convicted pedophile Jeffrey Epstein was being held until he reportedly committed suicide is an example of the "rot" at the heart of Donald Trump's administration.

"We ought to reflect on the fact that Jeffrey Epstein was, at the time of his death in the custody of Donald Trump and [Attorney General] William Barr," he explained. "He was in federal custody and so it really is their ultimate responsibility and their ultimate failure."

"One thing this reminds me is that this is an administration that down the line just can't be bothered to fully staff the federal bureaucracy with competent people who can identify problems like those that we're starting to learn about at the Metropolitan Corrections Center and do something about it," he continued. "And that didn't happen here."

"I believe there's an acting director of the Federal Bureau of Prisons and I believe there's no number two," he added. "It's just -- you know -- it's a tragic example of the kind of rot we are seeing in a lot of places in the government."