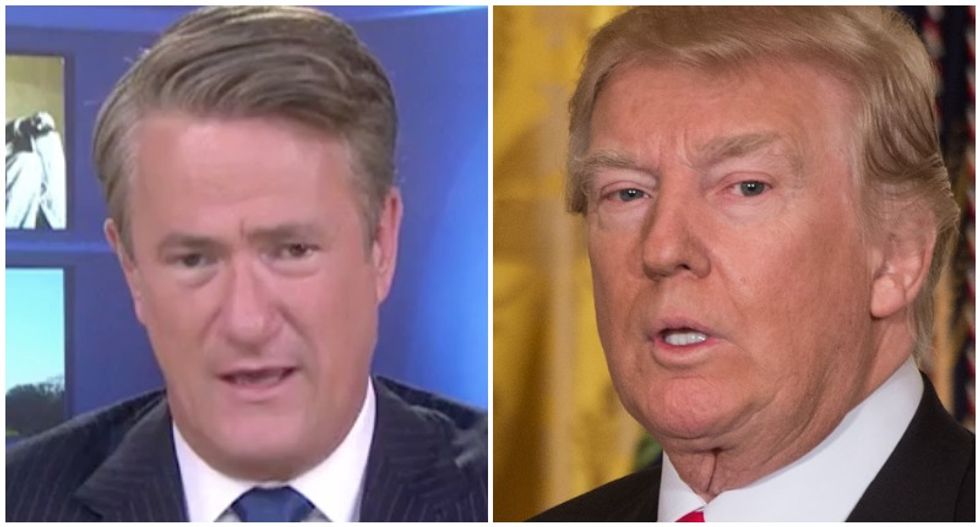 Businesses were put on notice that any political support of President Donald Trump will be viewed as endorsing white supremacy in America, an MSNBC anchor warned on Tuesday.

"Any business that donates to Trump is complicit and endorses the white supremacy he espoused in Charlottesville, with his 'send her back' chants, and by laughing at shouts that Hispanic immigrants should be shot." Scarborough tweeted.

"Donors’ names are on FEC reports," he explained. "They are newsworthy."

Any business that donates to Trump is complicit and endorses the white supremacy he espoused in Charlottesville, wi… https://t.co/rJ29MCfgWJ
— Joe Scarborough (@Joe Scarborough) 1565134205.0

Corporations are prohibited by law from contributing directly to Trump's re-election campaign. But a loophole allows corporate donations to "Trump Victory," which is a joint fundraising committee between Trump's campaign and the Republican National Committee.

"President Trump is slated to appear at a pair of fundraising events in the Hamptons on Friday, including one that charges up to $250,000 for lunch, a photo and a private roundtable with the president," The Washington Post reported Tuesday. "Money raised at these fundraisers will go toward Trump Victory, a fundraising committee for both the Trump 2020 campaign and the Republican National Committee."

Data from Open Secrets, which tracks money in politics, show many businesses giving even more than $250,000 Trump Victory.

The top contribution to Trump came from Texas-based Beal Bank, which gave $683,400 to help re-elect Trump.

Oil industry supplier Stewart & Stevenson was the second biggest donor, with $635,000 in contributions.

Here's the list of who has given $250,000 or more to Trump Victory and risk being called out on MSNBC's "Morning Joe" for supporting white supremacy: 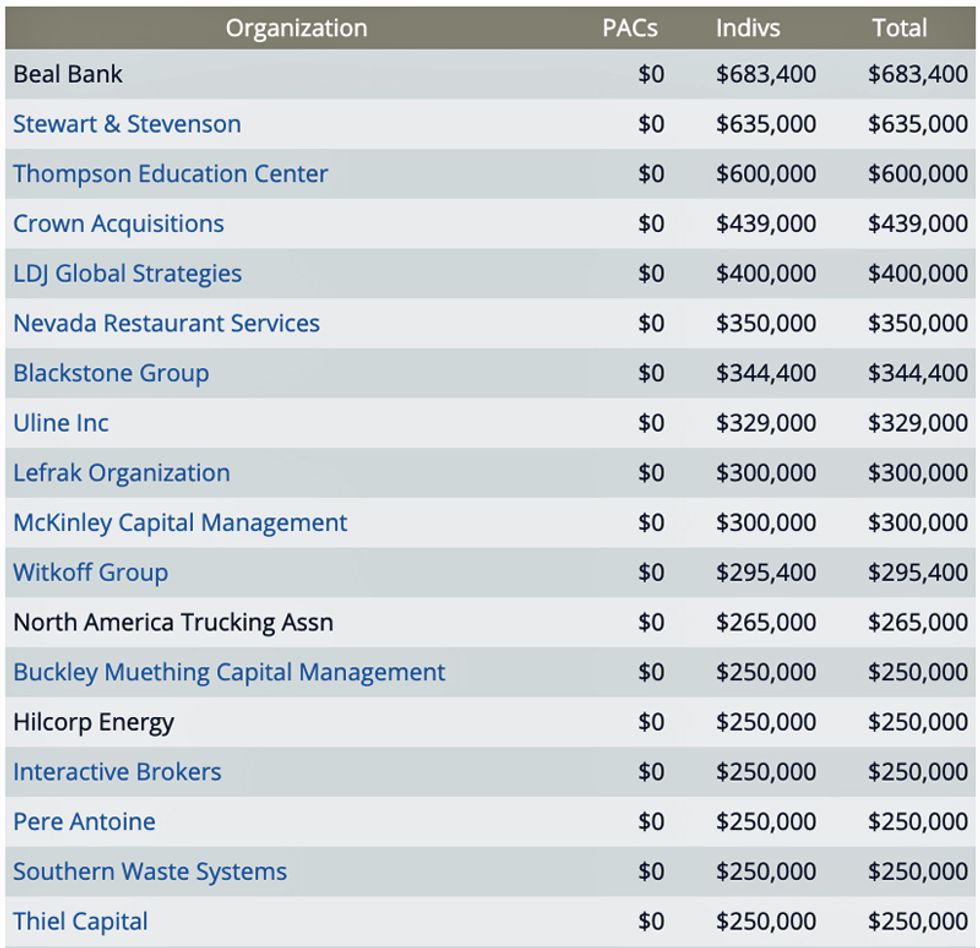 Rep. Joquin Castro (D-TX) identified all of the individuals in San Antonio who gave the maximum donation to Trump.