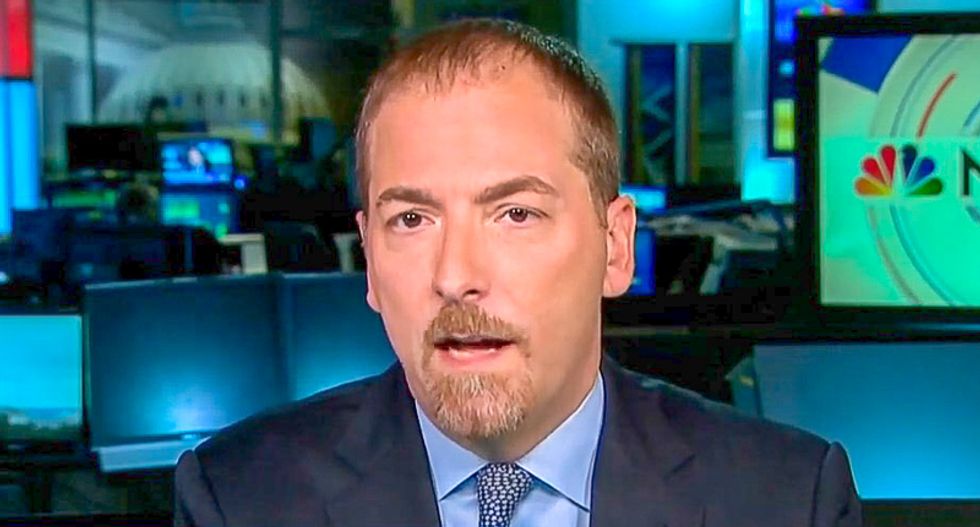 MSNBC’s Chuck Todd detailed a stupefying list of the worrying world events Wednesday on “Meet the Press,” noting that President Donald Trump is doing little to defend human rights or democratic values amidst the turmoil.

“There are clashes in Hong Kong between pro-democracy protesters and riot police. There are decades-old tensions re-emerging between Japan and South Korea, at a moment they should be focused on North Korea. There are populist, nativist, and xenophobic movements roiling the globe. There is escalating conflict between two nuclear powers, India and Pakistan. Russia’s testing nuclear-powered missiles. There is now Russian missile technology inside Turkey, a key NATO ally,” Todd said. “And I haven’t even mentioned your sort of run-of-the-mill, sort of, walking away from certain things, when it comes to whether it’s Middle East peace, parts of Latin America and things like that.”

He continued: “Folks, any other modern president would be at least voicing support from pro-democracy movements, especially ones where some demonstrators are singing our national anthem, like we’ve seen in Hong Kong. By the way, I didn’t even bring up the democracy movements we have nothing to say about in Russia. But President Trump is keeping his distance.”

Trump promised to be a different kind of president, and one of his biggest innovations on the world stage has been his complete lack of interest in defending democracy and even peace abroad.