'Not a good look': CNN's Don Lemon says Trump is scrambling to fulfill any campaign promise he can 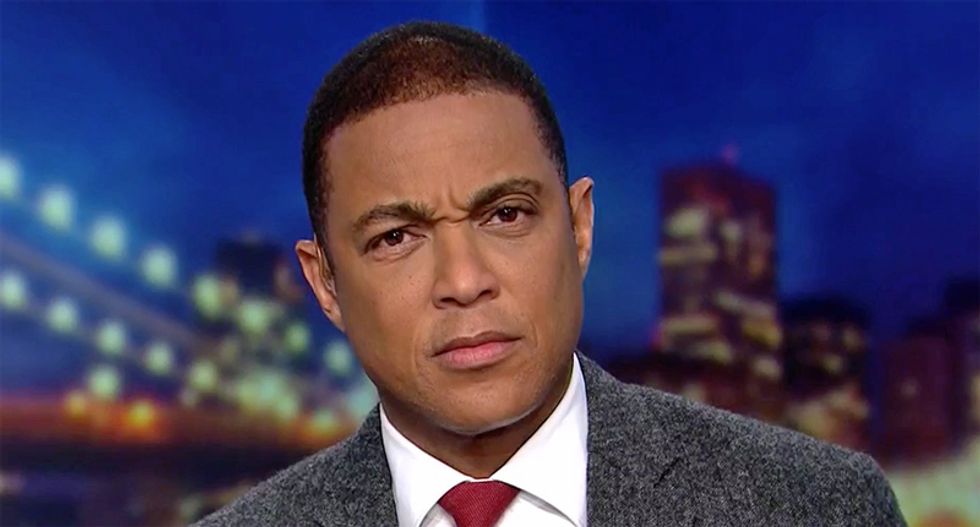 On the heels of an interview with his campaign spokesperson by Chris Cuomo, Lemon called out the lies Trump and his aides are spinning to make him look like he was eager to help Puerto Rico after two hurricanes obliterated the island. The reality, of course, is far from the claim.

"CNN fact-checker extraordinaire, Daniel Dale, points out Congress has not approved $92 billion," Lemon said, calling out Trump's lie. "That's a long-term cost estimate. FEMA says $43 billion has actually been allocated and $13.8 billion has been spent, which is a long way from $92 billion. No matter how many times the president falsely claims that."

Meanwhile, the Trump administration has decided to pull $150 million from FEMA as Hurricane Dorian is heading to Florida. Trump wants to spend the money on creating his border wall, which still hasn't been built, despite his claims.

"They're shifting money from disaster relief to immigration with the hurricane threatening. That is not a good look," Lemon schooled Trump. "A FEMA spokeswoman says they'll still have enough money. But acknowledge the challenge of responding to Dorian on top of what she called the complex recovery effort from earlier storms."

Lemon explained that under normal circumstances, this would be a time when an American president would stand by the American people. Trump has opted for another route, sending out a tweet that seemed to blame Puerto Rico for the hurricane.

"Stand by them and be a leader," Lemon told Trump. "This president is consumed by his feuds with anybody he views as an enemy. He's rattled by warning signs on the economy. And scrambling to come up with something, anything he can, to point to as a campaign promise fulfilled with 2020 on the horizon. So he doubles, triples, quadruples down on the main campaign promise, the border wall. Tweeting that, 'It is his words going up very fast. Despite total obstruction by Democrats in Congress.' That is not true."

Lemon explained that zero miles of the border wall has been built. The only thing that has been done is repairs to the existing fence. Even that existing fence has only seen approximately 60 miles of barrier repaired or replaced. There is no wall.

"What may be the clearest sign of just how rattled this president is about his reelection prospects -- it seems he is breaking up with his BFFs over at Fox News channel," Lemon continued. "Some of them anyway. The ones who aren't telling him exactly what he wants to hear. The ones who aren't being cheerleaders for the president and his administration."