Nothing new for US in Trump's Greenland ambitions 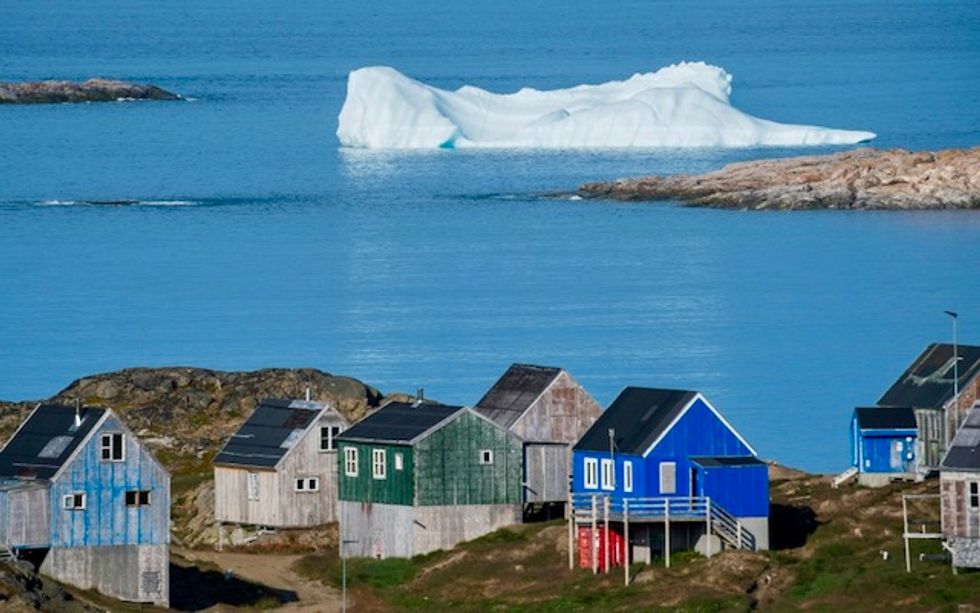 President Donald Trump's interest in buying Greenland has been met with disdain -- but it follows a longstanding US tradition of expanding its frontiers through land purchases from foreign countries.

The self-governed Danish territory has been in US sights at least twice before, while Washington has bought territory from Russia, Spain, France and Denmark since the turn of the 19th century.

In the early 18th century, London and Paris were at loggerheads over control of North America, but French interest waned after it lost Quebec in the Battle of the Plains of Abraham in 1759.

The US agreed the Louisiana Purchase -- still its most famous land acquisition -- with France in 1803, in what has since been dubbed the bargain of the century.

For just $15 million -- or four cents an acre -- France gave up 830,000 square miles (2.2 million sq km) of prairie, mountain and Mississippi delta -- an expanse of land that makes up almost a quarter of its modern-day territory.

Florida was a Spanish colony from 1565 until the British acquired it through the first Treaty of Paris in 1763. It was returned to Spain in 1783.

No money changed hands as Spanish minister Luis de Onis and US Secretary of State John Quincy Adams signed the Florida Purchase Treaty in 1819. It was admitted into the Union as a slave state in 1845.

Alaska was a far flung colony of the Russian Empire exporting mainly fish and fur for most of the 19th century.

By 1859 Russia had lost interest in the 663,000 square-mile (1.7 million sq km) chunk of land in the Arctic Circle but wanted to keep it out of the hands of the British Empire, which ruled Canada.

Secretary of State William Seward oversaw the purchase for $7.2 million in 1867. It was heavily criticized and branded "Seward's Folly," although Americans eventually recognized Alaska's potential as a fertile territory for oil and gas production.

The US launched itself as a colonial power on December 10 1898 when it bought the Philippines from Spain for $20 million, installing a military government.

Washington passed the Philippine Independence Act in 1934, and Manuel L. Quezon won a presidential election held in the southeast Asian archipelago in 1935.

The Japanese occupied the Philippines during World War II until the United States and Philippine Commonwealth army recaptured the country in 1945. The US formally recognized its independence a year later.

There are precedents for Denmark trading real estate with the US. Washington bought the Danish West Indies in 1917 for $25 million and rebranded them the US Virgin Islands.

These days, the luxury tourist destination is among numerous US "insular areas" that are neither part of the 50 states nor federal districts, alongside American Samoa, Guam, Northern Mariana Islands and Puerto Rico.

The US has also shown interest in buying Greenland twice before, in the late 1860s and again in 1946, when Harry Truman's Secretary of State James Byrnes suggested the sale to a Danish official at a United Nations meeting in New York. Nothing ever came of the interest.

Guantanamo Bay is among several US "dependent territories" in the Pacific Ocean and Caribbean Sea. It was leased for use as a coaling station and naval base in 1903 for $2,000 in gold per year -- raised to $4,085 in 1974.

The Cuban government has protested since the 1959 revolution against America's oldest overseas naval base, alleging that it was imposed by force, against international law.

Since 2002, it has been home to the Guantanamo Bay detention camp for suspected militants captured during the so-called "War on Terror," and the subject of international condemnation over the alleged torture of inmates.