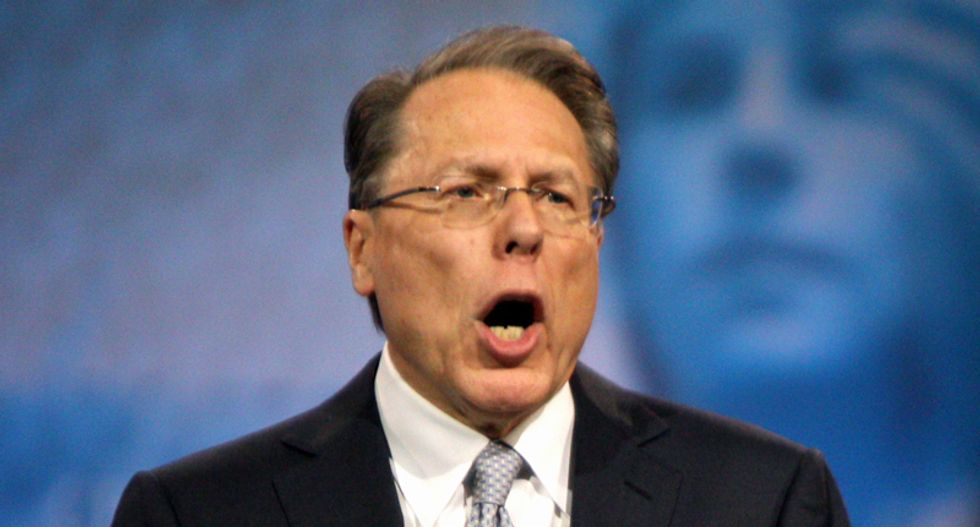 The corruption scandal at the National Rifle Association expanded on Tuesday night when The Washington Post published a bombshell report about the right-wing organization seeking to buy a "luxury mansion" for its chief executive officer.

"Documents indicate that National Rifle Association planned to purchase a luxury mansion in the Dallas area last year for the use of chief executive Wayne LaPierre, according to two people familiar with the records," the newspaper reported. "The discussions about the roughly $6 million purchase, which was not completed, are now under scrutiny by New York investigators."

The newspaper reported "The New York attorney general’s office is now examining the plan for a NRA-financed mansion as part of its ongoing investigation into the gun lobby’s tax-exempt status, in which it has subpoenaed the group’s financial records, the people said."

The newspaper revealed details about the mansion.

"One property that was considered, according to an individual familiar with the plans, was a 10,000 square foot French country estate with lakefront and golf course views," The Post reported. "The four-bedroom, nine-bath home in a gated golf course community, northwest of Dallas, resembles a French chateau, with a stately boxwood-lined drive, a formal courtyard, vaulted ceilings and an antique marble fireplace, according to its online real estate listing."

The timing couldn't be worse for the embattled organization.

"The revelations that the NRA was involved in discussions about the Texas mansion come as the nonprofit is contending with the fallout from allegations of lavish spending by top executives," the newspaper reported. "Leaked documents show that the NRA paid $542,000 for private jet trips for LaPierre, including a trip to the Bahamas with his wife after the Sandy Hook shooting and an array of Italian designer suits as well as the rent for a summer intern’s apartment."