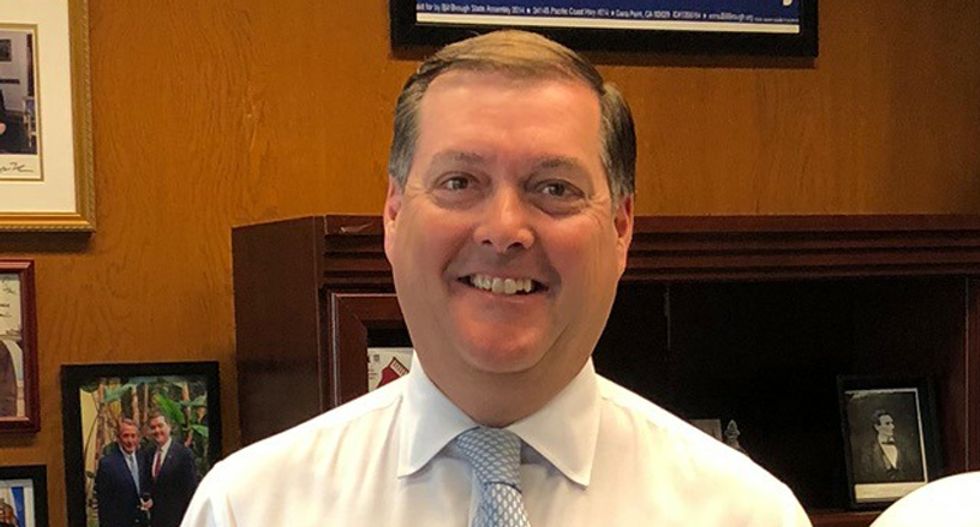 In June, GOP California Assemblyman Bill Brough was plunged into scandal when three women came forward to accuse him of sexual misconduct, including a county supervisor.

Now, according to the Fresno Bee, he is facing a completely unrelated scandal, as the California Fair Political Practices Commission alleges he has illegally diverted campaign funds for personal use — including to pay off his family's cell phone bill, meals at upscale restaurants, a custom-made liquor cabinet, and a personal trip to attend a Boston Red Sox game.

The expenditures were first flagged by Aaron Park, a conservative blogger who runs "Right on Daily." Brough was notified of the FPPC investigation in July.

The allegations bear a similarity to those against Rep. Duncan Hunter (R-CA), who is under indictment for allegedly using campaign money for trips to Europe, alcohol, and mistresses.