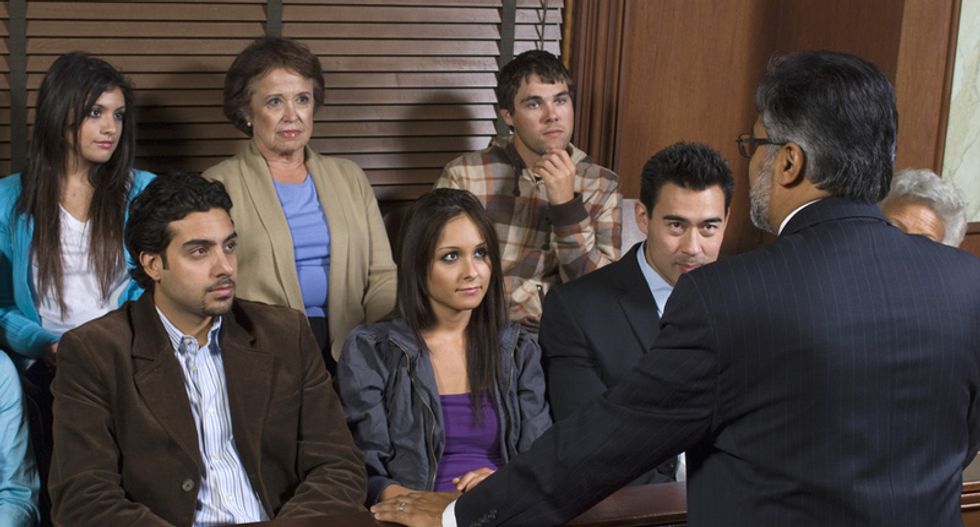 Lisa Middleman is running as an independent pro-criminal justice reform candidate in the election for Allegheny County (Pittsburgh) district attorney, which is taking place in November.

The incumbent is cannabis-battling conservative Stephen A. Zappala, Jr., an archetypal “tough-on-crime” prosecutor who has presided over some extreme racial disparities while in office. Coming from a highly influential political family in Pittsburgh, Zappala also happens to have intriguing family ties to Judge Thomas Hardiman, one of Trump’s top Supreme Court candidates. Until this cycle, he never previously faced a challenger in his 20-year DA tenure.

Although Zappala comfortably won the Democratic primary earlier this year, someone in his camp must still be nervous. Zappala is actively courting Republican support. Not only that, Middleman just got confronted with a shameful episode from her past that only the most painstaking opposition researchers would have dug up.

Almost 30 years ago, Middleman was a young public defender, representing people accused of serious crimes in Pittsburgh. Public defenders don’t choose their clients—and sometimes dislike them—but they have an ethical duty to protect their freedom in pursuit of fairness in our adversarial justice system.

In the early 1990s, Middleman was saddled with the type of client that is understandably dreaded: a potential white supremacist accused of harassing a biracial couple by paying three teenagers to spray-paint slurs on their home.

Middleman struck two Black women from the jury on the case. Challenged by the prosecutor for doing so, she responded that it wasn’t because of their race. (Both prosecutors and defense lawyers have to give “race-neutral” reasons for strikes.) Instead, Middleman said, according to the court transcript: “I do not like big, fat, sloppy people on my jury.”

Even if Middleman’s bizarre explanation for what could have been a racist decision is accepted, the growing consensus that “fat-shaming” is a form of discrimination could make this her political death-knell.

Regardless of the truth of that case from Middleman’s past, we know that American prosecutors frequently and casually send Black potential jurors packing, and make absurd excuses for doing so.

In one recent case, former Cobb County, Georgia District Attorney Vic Reynolds defended one of his assistant prosecutors for obtaining robbery convictions in a case after striking six Black jurors and only three white jurors.

Regarding one struck juror, the unnamed prosecutor justified it by telling the judge, “it was actually gold teeth. I think it was his entire mouth. I don’t believe that is race-related.” (On the contrary, gold teeth are not uncommonly used to caricature Black people in pop media, and adding them to characters to make them seem more “Black” has been likened to minstrel shows.)

The discrimination has been not just scattered, but systemic.

Across the country, “race-neutral” justifications such as “failure to make eye contact,” seeming “bored,” having had a divorce, or being a social worker have all reportedly been used to justify striking Black jurors.

The discrimination has been not just scattered, but systemic. In 1987, Philadelphia Assistant District Attorney Jack McMahon made a video that taught prosecutors nationwide how to keep Black people off juries while feigning race-neutrality. In 1988, the Chief Justice of the Pennsylvania Supreme Court lamented that, despite the US Supreme Court nominally banning racist jury strikes in Batson v. Kentucky, the “race-neutral” justification framework it created “virtually insulate[s] a prosecutor’s use of the peremptory challenge to exclude jurors.”

While there is no national-level data on jury strikes and race, boatloads of rigorous empirical studies from various states and counties give a clear picture. One study found that Mississippi’s Fifth Circuit Court District Attorney’s office, which handles all criminal cases in a seven-county area, struck Black jurors over four times more often than white jurors over the last 25 years. In North Carolina, a statewide analysis published in 2012 found that prosecutors struck on average 56 percent of Black eligible potential jurors, compared with around 25 percent of potential jurors of all other races.

Racism in jury selections is not only inherently wrong, but also leads directly to racially biased criminal justice outcomes. One 2012 studyfound that all-white juries in Florida convicted Black defendants 16 percent more often white defendants—“a gap that was almost eliminated when at least one member of the jury pool was black.”

An Imbalance of Power

As well as shining much-needed light on racism in jury selections, the Middleman controversy can also be viewed in terms of the double standards by which prosecutors and defense lawyers are judged, and the way our system is stacked in favor of prosecutors.

Prosecutors enjoy all the power in the halls of justice. They decide who to charge, with what, and what plea deals they find acceptable. Like police, they also tend to be popular with the general public.

In 2018 the ACLU, together with John Legend and other high-profile figures, launched a massive campaign (“Meet Your DA”) to show how the views of elected California district attorneys are diametrically opposed to those of their constituents on many core issues, including marijuana legalization.

Meanwhile, Americans across the political spectrum like public defenders less than food stamps. This empowers prosecutors to lobby for defenders’ already-scarce, constitutionally-necessary funding to be slashed.

What Middleman said while practicing as a defense attorney was unequivocally wrong, and should not have been tolerated even decades ago. But when prosecutors engage in behaviors even more egregious, they do so with much more impunity. Prosecutors are protected by state bars, which govern licensing and discipline of lawyers, as well as by the courts.

Nearly two decades after committing “reprehensible” misconduct by having an alleged witness lie to jurors during a murder trial in the 1990s, former Oklahoma City prosecutor Brad Miller, for example, got only 180 days suspension from practicing law.

Former Philadelphia prosecutor Roger King, who framed several people for murders they did not commit, received no punishment and was the subject of glowing obituaries after his death. King, despite being Black himself—and a cousin of Martin Luther King to boot—also had a dismal record of discriminating against Black jurors. One influential study found that King was twice as likely to strike potential Black jurors than non-Black jurors in his death penalty cases. (King personally put at least 20 people on death row.)

Defense attorneys, on the other hand, get disbarred by default if they embezzle any amount of client funds. To attorney licensing agencies, which serve as delegated authorities for the ultimate licensing bodies such as state supreme courts, human lives are apparently worth less than dollars.

If there’s any silver lining to the Middleman controversy, it might prompt real talk about how prosecutors get away with practically banning Black jurors.

It’s possible that most Americans are just not ready to confront how much the criminal justice system over-empowers prosecutors and normalizes racism, so long as it is effective in obliterating people accused of crimes.

The Middleman controversy is a dispiriting way to potentially see a pro-reform candidacy flicker out before it really started. If there’s any silver lining, it might prompt real talk about how prosecutors get away with practically banning Black people from participating on juries.