'Pure baloney': Conservative busts Trump over his bogus reason for holding off on some China tariffs 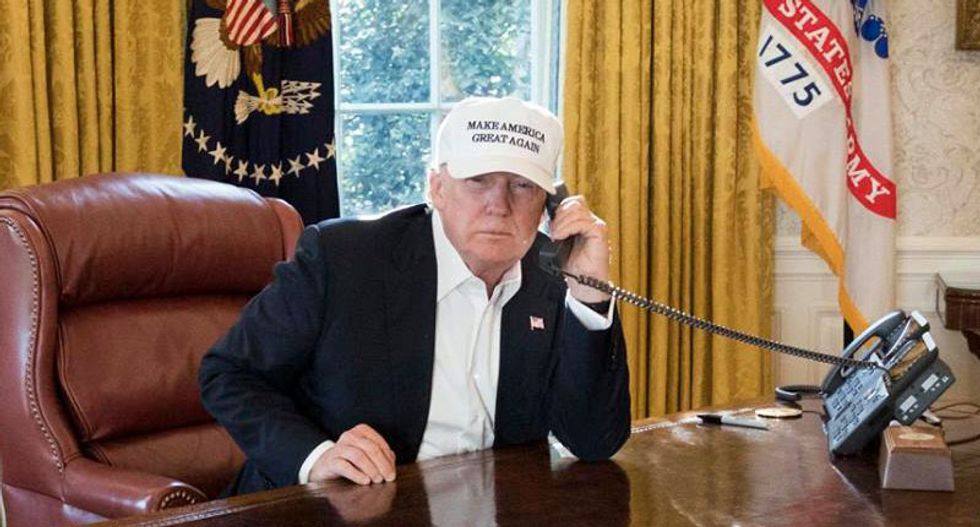 Writing for the conservative Bulwark, columnist Andrew Egger called out Donald Trump's reasoning for his decision to hold off on some tariffs he plans to impose on China -- essentially saying the president is backing off because he now realizes he is dead wrong about the impact on American consumers.

On Tuesday the White House announced the postponement of Chinese imports that included cell phones, laptops and video game console that were  scheduled to go into effect on September 1 -- bumping the date out until 2 weeks before Christmas.

As Egger notes, the reasoning was to "allow U.S. retailers to stock up on Chinese goodies for the Christmas season before prices get wrenched up."

With Trump refusing to admit that manufacturers and consumers are the ones who are really paying for this tariffs -- and insisting the additional fees are hurting the Chinese even more -- the columnist claimed the president effectively blew up his own argument with the delay.

Quoting Trump telling the press, "We are doing this for the Christmas season, just in case some of the tariffs would have an impact on U.S. consumers. So far they’ve had virtually none. The only impact has been that we’ve collected almost $60 billion from China, compliments of China. But just in case they might have an impact on people, what we’ve done is we’ve delayed it so they won’t be relevant for the Christmas shopping season,” Egger sarcastically scorched the president.

"And hey—that’s great! After years of hearing the president insist that only fools would ever think tariffs could hurt Americans, it was oddly pleasant to hear him admit that, yeah, okay—this one could really sock you, so we’re holding off," he wrote before getting to the heart of the matter.

"There is no mysterious economic law that holds that tariffs are a cost-free windfall for a nation except when they’re placed on stocking stuffers," he wrote. "If the president’s ordinary trade war narrative were accurate, the White House should have been scrambling to make sure the tariffs were in place long before the Christmas shopping season—after all, a juiced U.S. economy means more cash in hand for gift-givers, and shouldn’t we be encouraging them to Buy American?"

"It is a plain economic truth that Trump’s tariffs are a tax the brunt of which is paid by American consumers. It remains unclear whether the president knows this— Trump has demonstrated a remarkable ability to hold fast to demonstrably false beliefs in the face of a mountain of countervailing evidence—but it is undeniable that the people charged with actually creating and implementing the White House’s trade policy know it," he added.

According to Egger, Trump's economic advisers are likely looking to save face and kick the tariff can impact down the road.

"It’s a dishonest strategy from top to bottom, and one with a sell-by date that’s rapidly approaching. The more tariffs the president piles on, the fewer places his advisors will have to hide the ball, and the less effective the play will be," he wrote. President Trump has made enormous political hay out of the strong economy he has presided over thus far in his term. It may not prove a winning strategy if he is forced to ask the American people: Who are you going to believe—me, or your lying checkbook?"