'Putin is really happy': Democratic senator scorches Trump for pushing to let Russia back in the G7 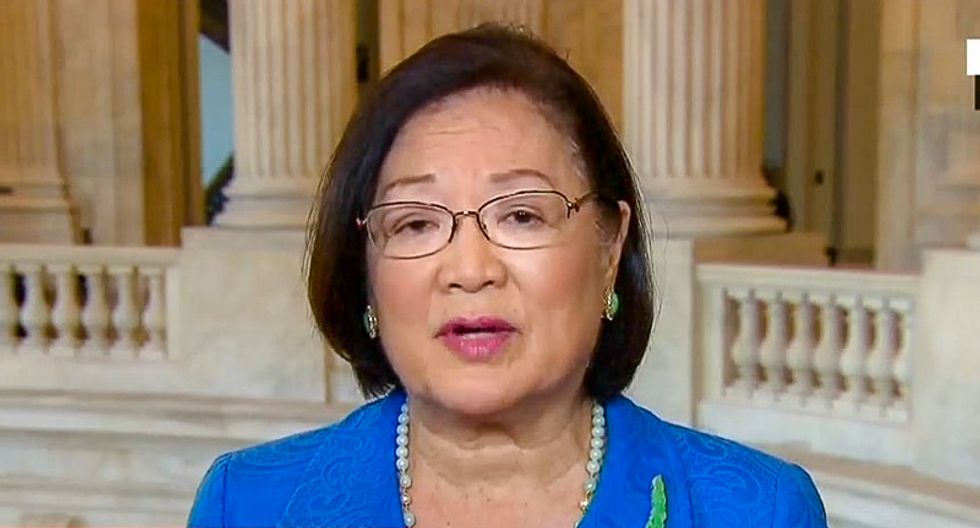 On Monday's edition of CNN's "The Situation Room," Sen. Mazie Hirono (D-HI) slammed President Donald Trump for his ongoing insistence at the G7 that Russia ought to be allowed back into the group.

"As you know, the president ... made the case for letting Russia back into the G7 without preconditions, once again becoming the G8," said anchor Wolf Blitzer. "What message would that send to the world? "

"The message that sends to the world is that a country like Russia — I would say that President Putin is really happy with the kind of support he gets from President Trump, as would two other world leaders, Xi Jinping and Kim Jong-Un," said Hirono. "The president has an affinity toward these kind of leaders. So once again he — the president blames Obama, President Obama, for the so-called annexation or takeover of Crimea from Russia, but nothing could be further from the truth, and yet he continues to push it out."

"Under what circumstances, Senator, if any, would you support reinstating Russia into the G7 and making it once again the G8?" asked Blitzer.

"Maybe they should give Crimea back," said Hirono flatly. "But I think that for the president to keep going on and after the other leaders, we don't get to select who should be in the G7 or G8 all by ourselves, even if the president wants to do that. There are other members ... and I don't think they're eager to welcome Russia back, because they're the ones who took the position that Russia should we kicked out of the G8."