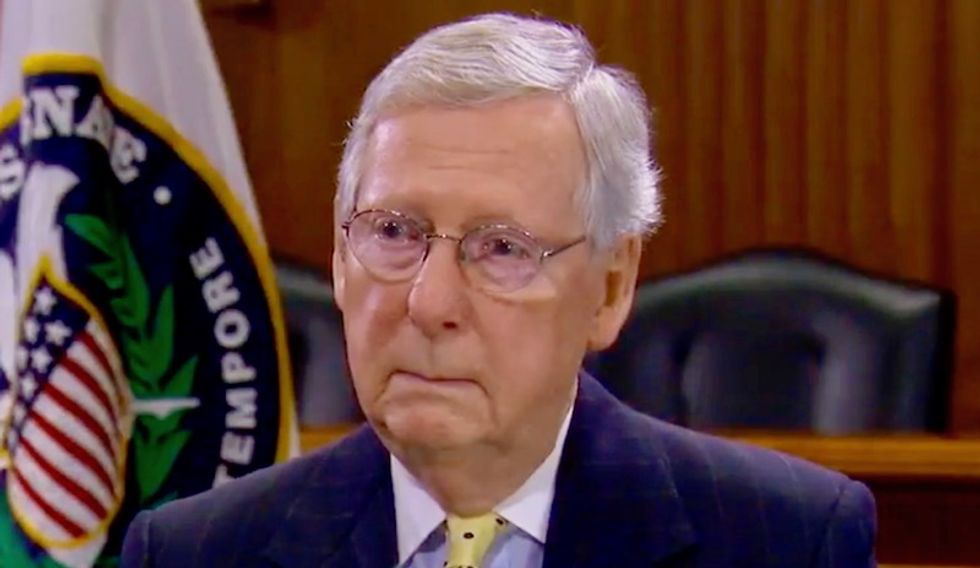 An MSNBC panel Wednesday noted that the Republican Party is squarely responsible for creating Frankenstein's monster and now are unable to control him.

During Nicolle Wallace's show, former Joe Biden chief of staff Ron Klein explained that Trump is messing up the situation in Hong Kong so badly.

"One country is going to write the rules for the 21st century, either the United States or China," Klein explained. "If America doesn't lean forward, we are basically ceding the entire Asia Pacific to China. That's not only bad for democracy, it's bad for our allies there, and countries like South Korean and Japan, it's bad for American interests and trade and Jobs."

Rick Stengel, MSNBC political analyst, explained that this is simply part of electing an amateur to the White House.

"Do you think he knows how many democracies there are in the world?" asked Wallace.

"No!" replied Stengel emphatically. "I don't think he even knows democracies are in retreat."

Wallace explained that Americans would never accept inexperience for half of the members of Congress or a governor's office.

"I don't like to give credit to Republicans who helped build who now are like, 'Uh-oh! Frankenstein doesn't listen to me!'" Wallace said.

In that same Frankenstein, vein, she quoted former top Trump advisor Anthony Scaramucci, who said that Trump might need to be replaced on the GOP ticket in 2020. Tea Party member Joe Walsh also called for a primary challenger.

"It's been a lonely journey though, the people that knew him from birtherism and people that saw him attack nurses and doctors sent to Africa in 2015 to fight ebola," Wallace said. "I guess I will take a late guest at the party over none."

Washington Post columnist Eugene Robinson called it another example of "the dystopian and 'other' universe we've fallen into."