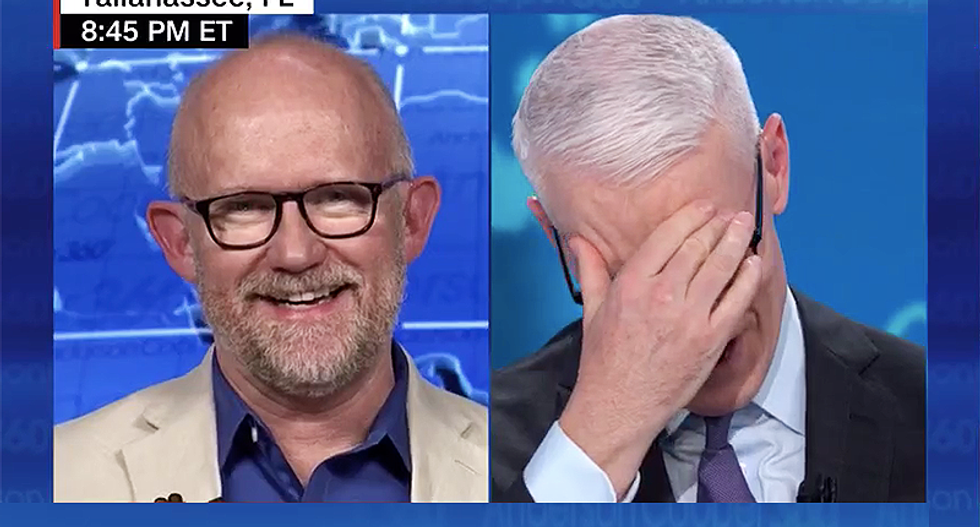 "I think Anthony gambled, went all-in on Trump," said Wilson. "He spent the last year and a half trying to find a way back into a sense of having Trump's ear and of course, once Trump shanked him, he was shanked. He was done. He was bleeding out on the floor never going to come back."

"Is it putting your finger up in the wind? I don't know," said Wilson. "But as Anthony found, the shocking revelation that Donald Trump is a faithless person in every dimension, the guy cheated or shanked every person in his life, wives, contractors, business partners, clients, the country and so the shocking revelation Trump is a bad dude, maybe Anthony isn't that quick. There is no coming back after this guy puts you in the dirt and after you committed everything to him, you're going to get screwed over."

"You know, it's ironic, Anderson, because I looked at Fox clips from when Anthony was named as communications director, and they thought he was the greatest thing since spicy mustard. They thought it would be an amazing change. He's an unperson."