Anthony Scaramucci takes attacks on Trump further: He's 'drunk on power' and 'listens to nobody' 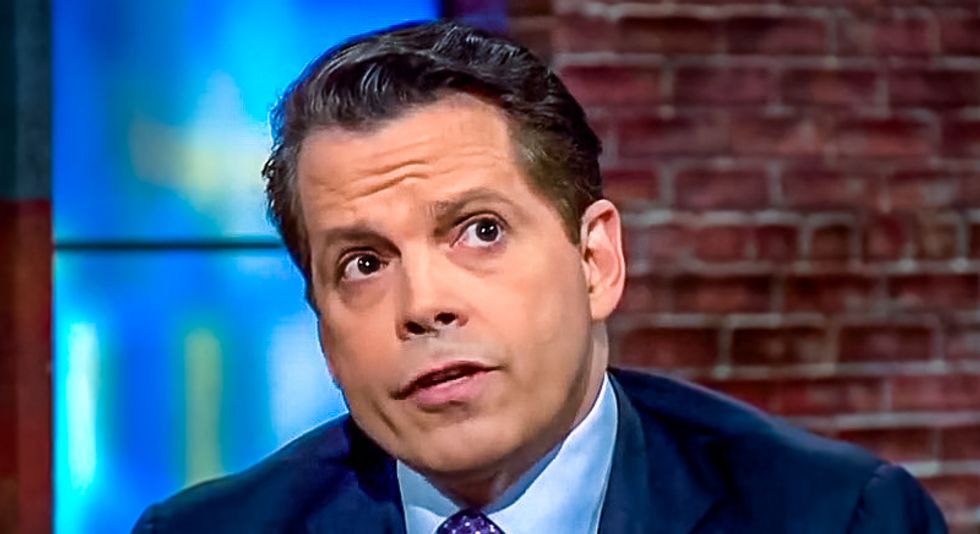 On Monday's edition of CNN's "Anderson Cooper 360," former White House Communications Director Anthony Scaramucci dialed up his attacks on President Donald Trump, calling him mad with power and urging the Republican Party to ditch him and come to their senses.

"Do you think this is — I think you've used the word deterioration, I don't want to put words in your mouth," said Cooper. "You talk about he's not, you know, I don't know the sports analogy because I'm terrible at sports, he's not doing as well. The fastball slowed down. Do you believe that is a degeneration of something in him, or just politically he's misreading stuff?"

"It's a combination of things. Okay?" said Scaramucci, who served just ten days in the White House before being fired for his obscene comments about then-White House adviser Steve Bannon. "It's drunk on power, as we know, absolute power corrupts absolutely. Everyone is scared of him. There is nobody inside the White House giving him the right advice."

"You know, I had my issues with General [John] Kelly," continued Scaramucci. "Let me tell you, this went way downhill after General Kelly left ... after General Kelly left, this thing is on a descending slope because at the end of the day, no one will — he won't take anybody's advice, and if you're a good journalist or great journalist, go ask people in Washington, who does the president listen to? And the truth, the honest people say nobody. He listens to nobody."

"But isn't this Republican Party now his?" said Cooper. "It's not the party of Reagan anymore."