Shouldn’t there be a law against reckless opioid sales? Turns out, there is

The massive scale of prescription opioid shipments as the ongoing overdose epidemic unfolded has started to come into focus.

Drug companies shipped 76 billion opioid pain pills to U.S. health care professionals, hospitals and pharmacies between 2006 and 2012, according to data The Washington Post and the Charleston Gazette-Mail’s owner acquired by suing the government.

Hundreds of pills per person were delivered to rural areas like Wise County, Kentucky, and the town of Norton, Virginia. Meanwhile, the number of fatal overdoses involving all kinds of prescription opioids soared across all of Appalachia and other hotspots as the national death toll climbed from 3,442 in 1999 to 17,029 in 2017.

In addition, a federal court in Cleveland has released scores of previously sealed documents. The corporate memos and legal depositions suggest that drug company executives, pharmacists and others involved at every level of the prescription opioid trade failed to heed troubling signs that the industry was facilitating drug abuse.

As a health law professor who studies the relationship between the U.S. health care system and opioid overdoses, I have researched the epidemic’s causes. In particular, I have researched the likely liability of drugmakers and pharmaceutical distributors in the multiple pending and resolved federal and state lawsuits filed against all of the industry’s key players.

One thing that I’ve often wondered about is why no law on the books could slow what now appears to have been the reckless oversupply of opioids by companies in the health care business.

A duty to report

Well, there is, as it turns out.

The Controlled Substances Act creates what experts call a “closed system.” That is, the federal government has designed a way to track every controlled substance – medications with the potential for abuse or dependence, including opioids – from factory to pharmacy counter and hospital bed. Manufacturers, distribution companies, health care professionals, pharmacies, hospitals and others who buy, sell and dispense these drugs must be registered with the Drug Enforcement Agency.

The roughly 1.73 million people and companies registered with the DEA must maintain precise records and report their interactions with all controlled substances.

The Controlled Substances Act categorizes drugs into different “schedules” that determine the degree of regulatory oversight and the responsibilities required of anyone handling them. The government has designated opioids such as Oxycodone and hydrocodone as “Schedule II” drugs, the most dangerous category that can be prescribed.

Manufacturers and distributors of Schedule II drugs must file reports about the opioids that pass though their hands using the government’s Automated Reports and Consolidated Orders System, or ARCOS. These reports generate data that track the numbers of drugs shipped or sold and their destinations, at county and pharmacy levels.

A DEA rule issued back in 1971 also requires all registrants to design systems for reporting “suspicious orders” – meaning, among other things, purchases and deliveries that are unusually big or frequent. 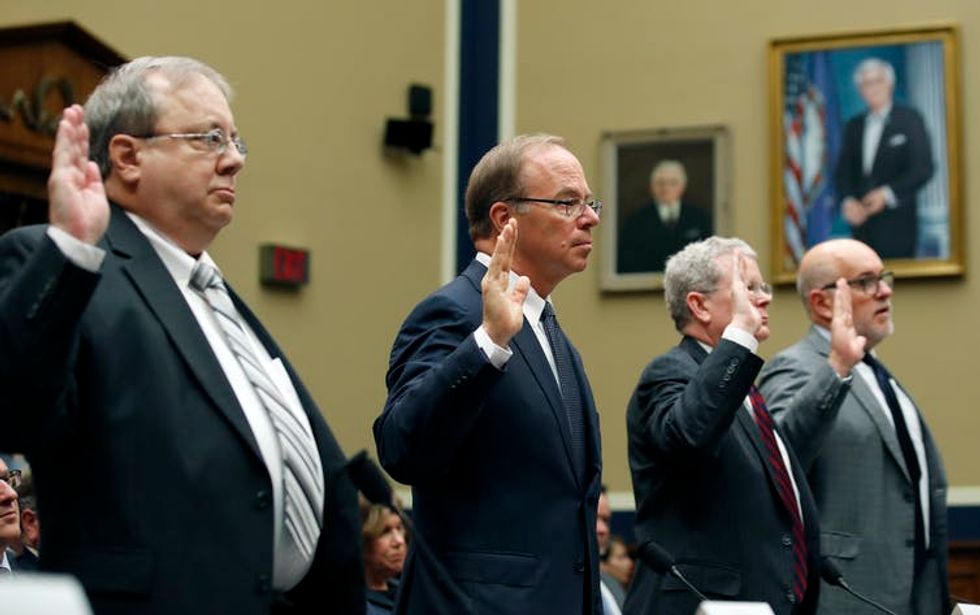 Several high-ranking executives from prescription drug distributors and wholesalers testified about their roles in the opioid addiction epidemic before Congress in 2018.

The federal government gave the court in Cleveland reams of ARCOS data in February 2018. However, U.S. District Judge Dan A. Polster, who is presiding over the landmark opioid litigation that pools some 2,000 separate lawsuits, refused to let the press and the public see that information until an appeals court ordered its release. 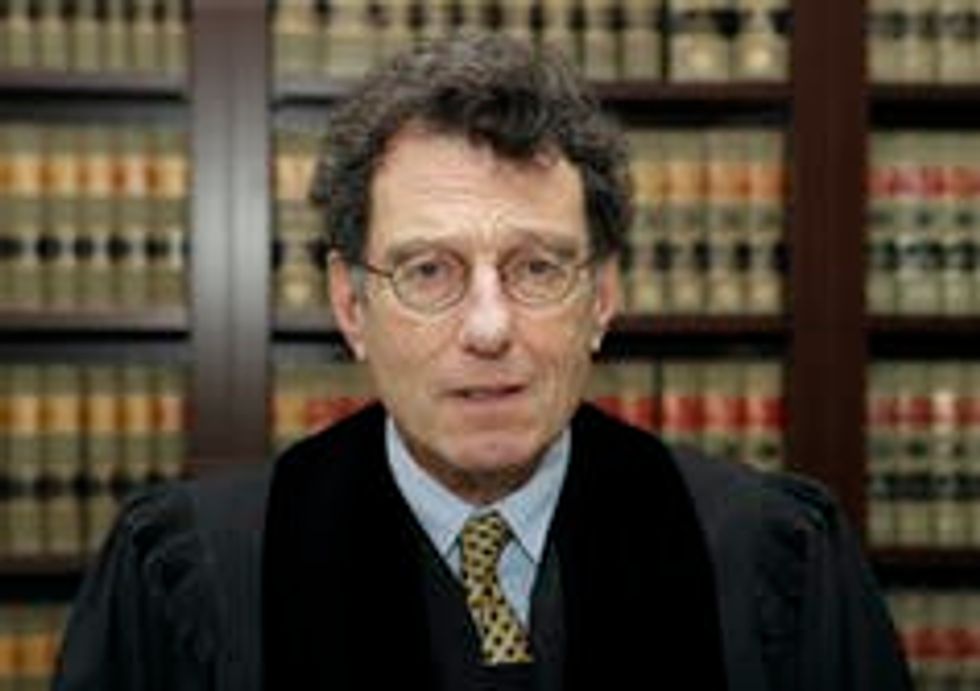 The unsealed documents and data reveal the DEA possessed massive amounts of information about the oversupply of prescription opioids while the overdose epidemic was mushrooming. The newly released court exhibits also suggest that some opioid manufacturers and distributors repeatedly failed to report suspicious orders as required by law.

Congress had already suspected that corporate oversight was lacking.

The House Energy and Commerce Committee, for example, issued a report in 2018 that was highly critical of the DEA’s oversight of opioid distribution in West Virginia. The DEA, according to the report, was aware of wide-scale diversion and suspicious shipments as early as 2005 and even began an initiative to educate distributors about their obligations regarding suspicious orders.

In 2011, then-DEA administrator Michele Leonhart testified before a Senate judiciary subcommittee that the agency was increasing its investigations of doctors and pharmacists who illegally diverted controlled substances. What I believe the DEA missed was that the manufacturers and distributors of opioids had gone rogue.

In a recent filing in the consolidated Cleveland case, local governments like Coos County, New Hampshire, and the city of Chicago allege that the corporate defendants’ “failure to identify suspicious orders was their business model.”

The unsealed documents suggest a pattern. Manufacturers and distributors either had deficient systems for monitoring of suspicious orders, simply ignored them or went out of their way to call them something else. For example, rather than acknowledging that enormous or extraordinarily frequent orders were “suspicious,” employees and executives would describe these transactions as “peculiar” or “unusual.”

The newly available documents indicate that when DEA investigators did find evidence that distributors were not reporting suspicious shipments, the authorities reached settlements instead of moving forward with prosecutions. As a result, distributors paid civil penalties rather than facing more serious criminal charges. Therefore, with few exceptions, distributors who had failed to report suspicious shipments were able to stay in business.

And although the number of shipments continued to rise beyond 2012 – the end of the period covered by the newly available data and documents – the number of enforcement actions actually fell in 2013.

It wasn’t until 2017 that the DEA seemed to pay serious attention to the role of manufacturers and distributors in the opioid overdose epidemic. That year, it reached a US$35 million settlement with Mallinckrodt, one of the largest oxycodone manufacturers, for failing to detect and report suspicious orders. The settlement also obliged Mallinckrodt to monitor downstream distribution, as the DEA said for the first time that the obligation to “know your customer” includes knowing “your customer’s customer.”

I see a new federal law President Donald Trump signed in 2018 as a step in the right direction. It tightens up the definition of “suspicious activity,” clarifies reporting obligations and requires the DEA to establish a centralized database for all reports of suspicious prescription drug orders.

The federal government also seems to be taking a more aggressive stance against opioid distributors. For instance, it filed felony charges against the distributor Rochester Drug Co-Operative and two of its former executives in April 2019. The government alleges that the company intentionally failed to report suspicious orders and looked the other way amid signs that opioids were being shipped for illicit purposes.

In July 2019, the government announced charges against Miami-Luken, another distributor, and two of its former executives for allegedly failing to report suspicious orders and conspiring with two pharmacists to illegally distribute millions of prescription opioid painkillers.

It does look like lawmakers have strengthened the Controlled Substances Act and that the government is making strides on enforcement. However, it remains unclear why it took them so long to use the powers they already had to stop reckless shipments.