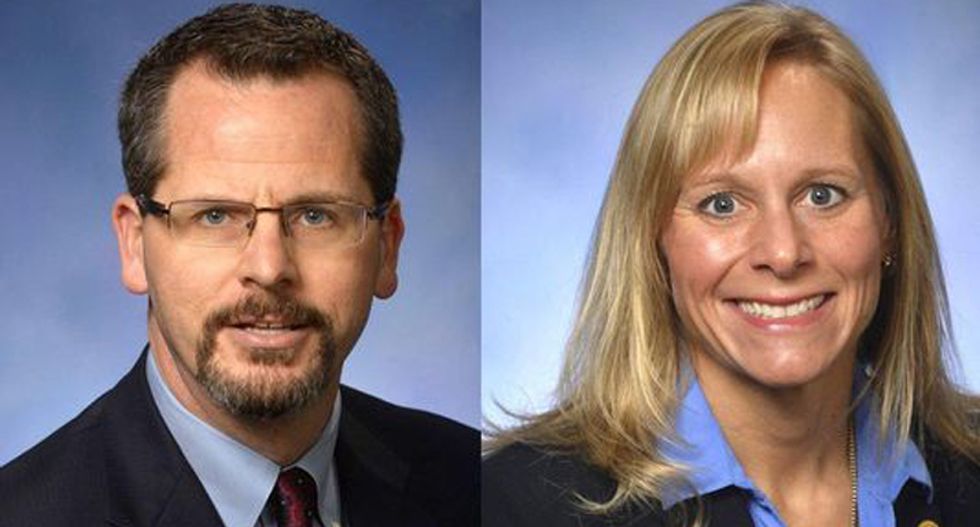 A former Republican legislator is facing jail time after being convicted after inventing a gay prostitute scandal to smear himself in an attempt to cover up an affair with a fellow GOP legislator -- who was also married at the time.

"Todd Courser, a 47-year-old Republican from Silverwood who resigned from the state House in 2015, could face up to a year in jail when he is sentenced on Sept. 16 in a Lapeer courtroom for willful neglect of duty by a public officer," Fox 47 reports.

"Today's decision by Todd Courser to plead no contest to a one-year misdemeanor may be the wisest decision he has made in years," Nessel said. "This case has had a long, torturous history and his decision to acknowledge responsibility for his actions is long overdue."

"An aide for Courser and former Rep. Cindy Gamrat testified during a 2016 probable cause hearing that Courser asked him to send an outlandishly bogus, sexually explicit email to thousands of fellow Republicans as a trick so his extramarital affair with Gamrat - a fellow married, freshman tea party conservative - would not be believed if it was revealed by an anonymous extortionist. The extortionist turned out to be Gamrat's then-husband, according to a state police probe," Fox 47 explained.

Smearing himself for political advantage was not a new tactic for Courser.

During his 2014 primary campaign, he reportedly created a flyer claiming he was a child molester to gain sympathy from voters thinking his opponents were smearing him.