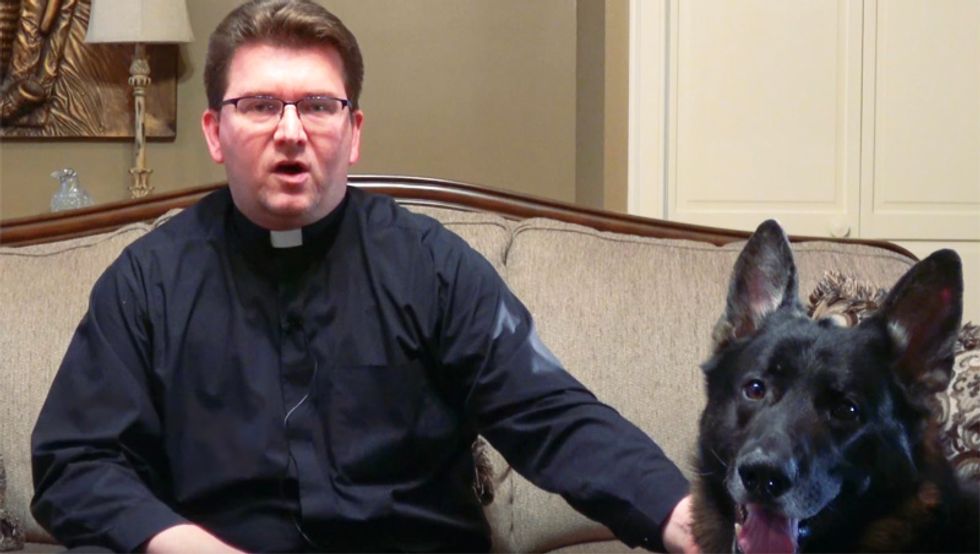 According to a report from WHBQ, a Collierville, Tennessee priest is under fire for banning a black housekeeper in the employ of the diocese from entering his church-provided home because he claims his dog is racist.

In an interview with housekeeper LaShundra Allen, who asked that her face not be shown, she explained that she was told not to enter the home of Rev. Jacek Kowal, a pastor at the Catholic Church of the Incarnation while she was being trained to replace the current housekeeper.

"I was just supposed to clean the church and I was supposed to go to the pastor's house and clean as well," Allen explained. "They were just like, ‘Well, I'm not really sure how to say this,' kind of like in a joking way, ‘But Father Jacek doesn't want black people cleaning the house because his dog is racist.'"

According to Allen, she had never met the priest and said that his secretary specifically told her, "I'm sorry, we are not trying to be rude, but the dog doesn't like black people."

"Two church office employees then reiterated that Father Jacek 'did not want (Ms. Allen) there' and that they needed to leave. Both Ms. Allen and Ms. Weaver were shocked, humiliated, and felt severely disrespected by this treatment and the statements," the letter added.

In a statement, the priest insisted he is not a racist saying, "I wholeheartedly believe all forms of discrimination... are sinful and wrong," before adding that his dog, a German Shepherd, once had a "bad experience with a stranger who happened to be African American."