'That pardon may not be worth the paper it's written on': Legal analyst warns against trusting Trump pardons 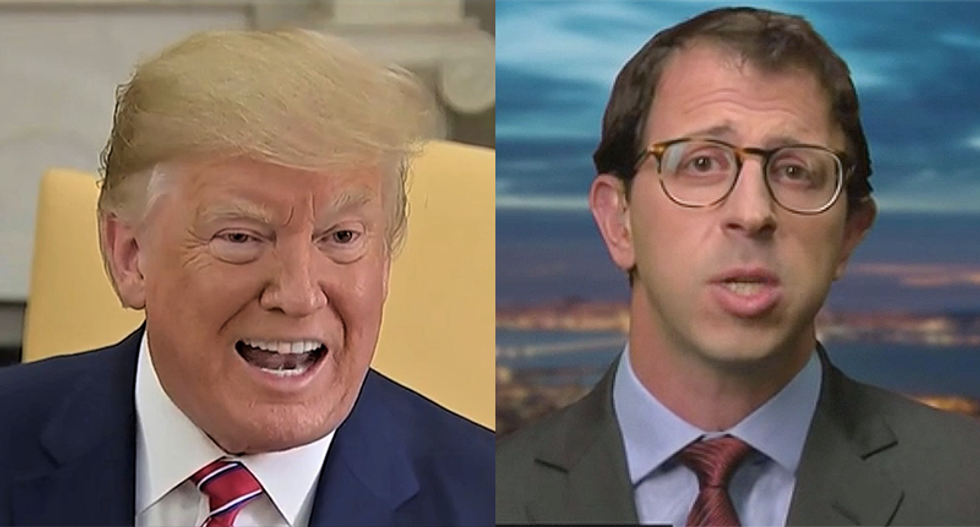 During an MNSBC panel discussion with legal experts, it was argued that anyone thinking Trump might pardon them should probably think twice.

Former U.S. Attorney Joyce Vance said that the president of the United States takes an oath to uphold the laws and the Constitution, yet that isn't a concern to this president.

"Apparently, the law is no more important to him than anything else is," Vance said. "He is willing to order people to violate the law, not to achieve some good gain, not to achieve some positive goal, but to fulfill a campaign promise that he's made in hopes that he can be reelected in 2020. It's really abominable."

"Well, I would have some advice for federal officials and workers right now who are considering what to do, which is: Be very careful what orders you follow, because that pardon may not be worth the paper it's written on," Bassin explained. "Let's play this out: If a federal official violates federal law in following a Trump order, it's unlikely that the Trump Administration is going to prosecute them because if the president is willing to pardon them, he is probably willing to intervene with DOJ to stop a prosecution."

In that case, Bassin assumed that Trump would simply order a preemptive-pardon to prevent any other administration from charging them.

"But here is the catch," he continued. "If that subsequent administration concludes that that pardon was actually invalid and unconstitutional because it was in violation of the president's 'Take Care Clause' and decides to prosecute and let a judge or court answer that question, if you're a federal official, do you want to gamble your freedom on whether a court sides with Trump's interpretation of the Constitution?"

Even MSNBC host Chris Hayes said that a federal official would have to guess whether or not Trump was actually going to pardon them.

"That and three bucks gets you on the subway," he quipped. "I wouldn't counsel anyone to take a pledge from the president like he will be there for you when you need him. But it's a very good point in terms of what this sort of constitutional parameters are here."