The facts on the US children and teens killed by firearms 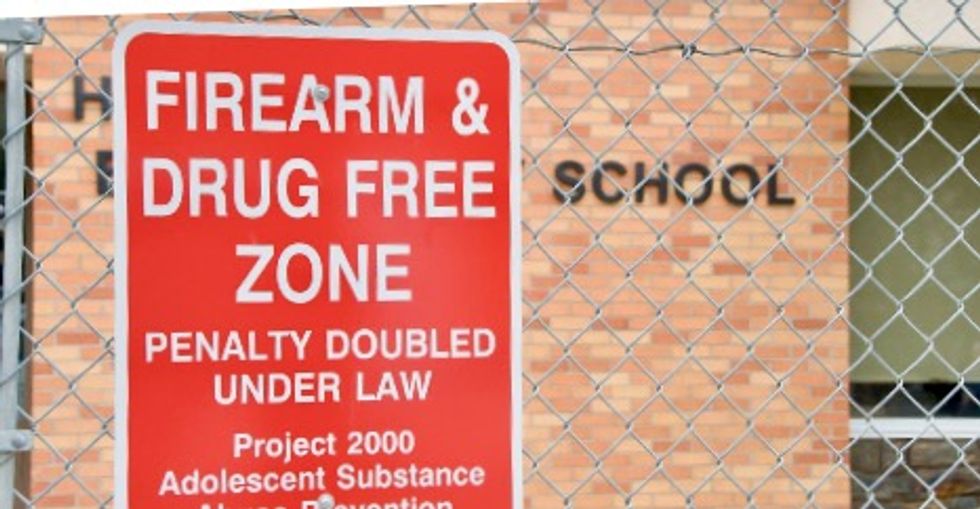 Injuries from firearms are a leading cause of death for American children and teens. Whytock/Shutterstock.com

The facts on the US children and teens killed by firearms

Injury is the leading cause of death for U.S. children and adolescents, accounting for over 60% of all deaths in this group.

Many of these deaths occur during fun, everyday activities, like swimming in the backyard pool or during a family car ride. But a disproportionate and disturbing number of these deaths in the U.S. occur as a result of firearms.

Firearms are the second leading cause of death among U.S. children and adolescents, after car crashes. Firearm deaths occur at a rate over three times higher than drownings.

We have dedicated our careers to understanding violence and injury prevention, including how firearm injury and deaths happen and how they can be prevented.

Causes of injury and death due to motor vehicle crashes have steadily declined over the last 20 years, but death and injury due to firearms has remained about the same over the same period.

Since 2013, fatal firearm injuries for children and teens have risen unabated.

Rates of death from firearms among ages 14 to 17 are now 22.5% higher than motor vehicle-related death rates. In the U.S., middle and high school age children are now more likely to die as the result of a firearm injury than from any other single cause of death.

For Americans between the ages of 1 and 19, a little over half of 2017 firearm-related deaths are homicides.

Another 38% of firearm-related deaths in this age group are suicides, while the rest result from unintentional injuries or undetermined causes.

What’s more, the U.S. has had 1,316 school shootings since 1970. The numbers of these tragic events have been increasing, with 18% of the total occurring in the past seven years since the Newtown school shooting at Sandy Hook Elementary School.

School shootings are a focus of media attention and raise awareness about the problem of firearm deaths among children and teens. But they remain the smallest proportion of deaths, accounting for 1.2% of all homicides among 5 to 18-year-olds.

African American children and teens are over eight times more likely to die from firearm homicide than their white counterparts. Firearms have been the leading cause of death for African American youth for well over a decade.

Firearm suicide rates are highest among American Indian/Alaskan Native and white children and teens, compared to other racial/ethnic groups.

Researchers have limited information on the reasons for these racial disparities. We suspect they are likely a result of a number of factors, including socioeconomic status, firearm availability and accessibility, and lack of access to mental health services.

The U.S. stands out among high-income countries: Over 90% of all the firearm deaths among children and adolescents that occur in industrialized nations occur in this country.

Furthermore, the U.S. has more privately owned firearms – not including military firearms – than citizens.

In a Pew Research Center survey of U.S. adults in 2017, about 30% reported owning a firearm and 42% reported living in a household with firearms.

Two-thirds of households have more than one firearm and almost one-third have five or more firearms. Firearms may have different purposes – deer hunting, shooting competition, target practice and so on – which may explain why so many households own more than one gun.

Pew’s data indicates that 54% of firearm owners with children under 18 living in the home have their firearms locked away. This suggests to us that young children and teens may have relatively easy access to unsecured firearms.

Digging into the data

Research on firearms is limited in the U.S.

Government sponsorship of research focused on firearm has been virtually eliminated by an annual appropriations amendment, first added by Arkansas Congressman Jay Dickey in 1996.

Recently, academics, the National Institutes of Health, state governments and private foundations have begun to renew the focus on research to prevent firearm injuries and fatalities. This is due largely to changes in public opinion about firearms as mass shootings keep occurring.

Established in 2017 with NIH funding, the Firearm Safety Among Children and Teens (FACTS) Consortium is one of these efforts, with a focus on conducting critical firearm injury prevention research while respecting legal and safe firearm ownership. We lead FACTS, in which academics from 14 universities from around the country are involved.

Members of this consortium have begun to investigate key research questions, such as the best methods for health care providers to counsel families about safe firearm storage, interventions to decrease firearm suicide risks among rural teen households, and the effect of state firearm laws on school shootings.