The White House is upending decades of protocol for policy-making 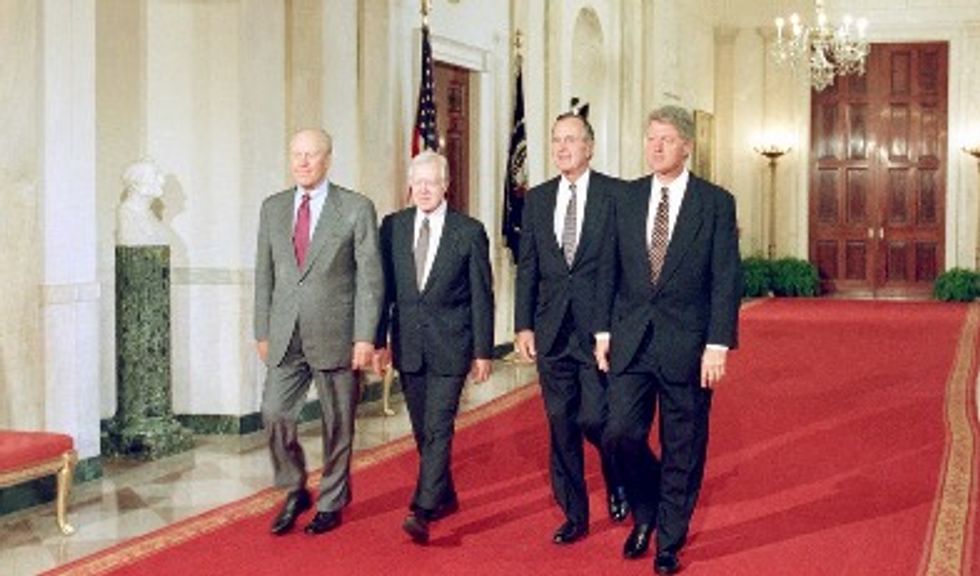 Whether it’s overhauling asylum procedures, adding a question about citizenship to the 2020 Census, or rolling back fuel standards, a pattern has emerged when the Trump administration changes policies and creates new ones.

An announcement is made, media attention follows, the policy is formally proposed and finalized – generating more news coverage along the way. In many cases, judges suspend the new policy as lawsuits work their way through the system. Unusually, the Supreme Court often ends up determining whether the new policy can go into effect.

All presidents since the 1960s have embraced a process known as policy analysis that requires careful consideration and deliberation at every step of the way. In most cases, the public also gets to weigh in before a final decision is made. Based on my research about regulatory decision-making, I’ve observed a sea change in how Trump’s team is dealing with public policy compared to previous administrations.

For the first 150 years of this country’s history, Congress, not presidents, decided on policies by enacting laws.

Starting around 1900, lawmakers began to delegate this task to independent agencies, such as the Securities and Exchange Commission, and to government agencies under the president’s control. The pace of this shift stepped up during the New Deal, three decades later.

But because this arrangement can empower unelected bureaucrats, questions about accountability arose. Chief among them: Could decisions made by unelected officials that affected millions of people be allowed in a democracy? Requiring public participation and systematic analysis became routine and required for most policy changes as a result.

In 1946, Congress passed the Administrative Procedure Act. It established rulemaking procedures that required agencies creating new policies to alert the public, seek comments, and then consider that input before making most policies final. Many states followed suit with their own versions of this measure.

The environmental, worker safety, and other social movements that arose during the 1960s and early 1970s led Congress to create agencies like the Environmental Protection Agency and the Occupational Safety and Health Administration. Lawmakers then delegated authority to make policy to those new agencies regarding the issues within their purview.

For example, the public pressure for greater automobile safety in the wake of consumer safety activist Ralph Nader’s book “Unsafe at Any Speed” prompted Congress to empower the Department of Transportation to more strictly regulate automakers. Scientist Rachel Carson’s “Silent Spring,” a seminal book that exposed the damage caused by pesticides, expedited the passage of numerous environmental statutes in the U.S. and elsewhere and the creation of the EPA during the Nixon administration. 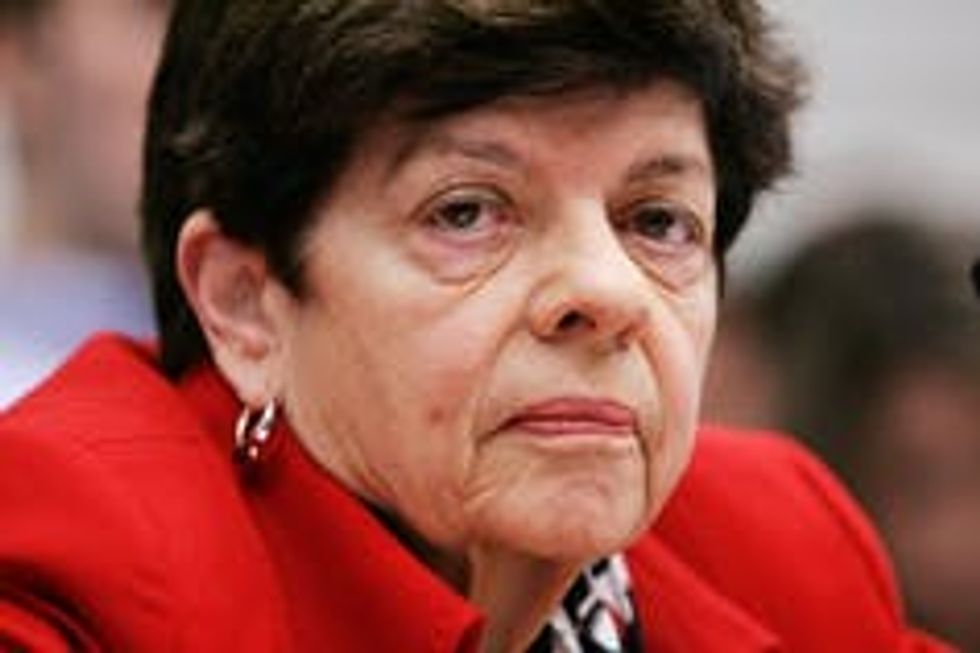 Alice Rivlin championed the practice of methodically assessing the potential impact of new policies and policy changes, while letting the public weigh in.

In the wake of these new responsibilities, starting with Gerald Ford, all presidents, Republican and Democratic alike implemented and refined the requirements for analysis and input from the public prior to the unveiling of new policies. The analysis requirement championed by pioneers like Alice Rivlin, who served as President Bill Clinton’s budget chief, has led to many successes.

One example is when the EPA decided in the 1980s to require the removal of all lead from gasoline because the analysis of costs and benefits showed how many lives would be saved or improved by its elimination. I relayed another success story in my policy analysis textbook: when the Department of Homeland Security scaled back its proposal for stringent requirements on aircraft repair stations in 2014. The Obama administration took this step after finding the costs to be too high for minimal security benefits.

These mandatory analyses forced agencies to use basic economic principles to calculate costs and benefits and to make the calculations available to the public.

But this approach can also fail, at least partly because it can make decisions seem overly technocratic. That’s often the case when values are at stake, such as deciding whether protecting an endangered species is worth increasing the cost of construction and infrastructure projects – or blocking them altogether. 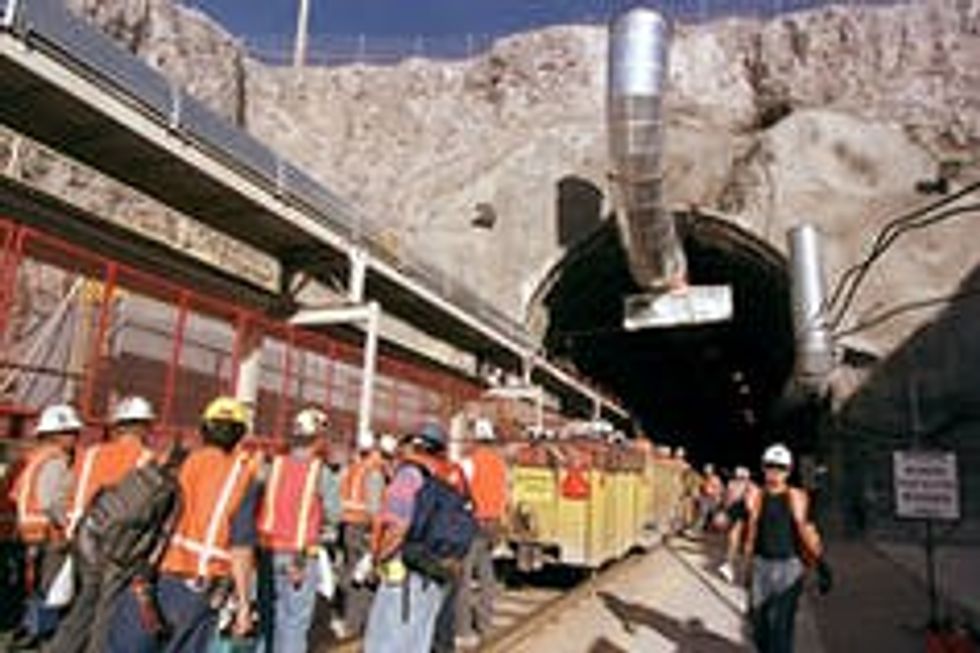 Workers who make tunnels and toil in them are at risk for inhaling airborne silica, which can cause lung disease.

What’s more, following the requisite steps can also mean the rule-making process takes not just years but decades. OSHA, for example, has taken decades to issue some rules that protect workers. Its industrial quartz regulations, for instance, reportedly took 45 years to finish. Technically known as crystalline silica, the substance, when finely ground up for manufacturing or blasted during construction, can cause workers to contract silicosis, an incurable lung disease, and lung cancer.

The Trump administration hasn’t declared that it’s doing anything different. It hasn’t, as far as I know, ever declared that “policy analysis is bad” or said, “Let’s ignore the public and ignore expertise.”

But the public record shows that Trump’s team has either ignored, manipulated or subverted the requirements for analysis and participation on numerous policy actions that range from addressing climate change to the division of waiters'tips.

Whether a federal agency analyzes its decisions or asks for public input on them may seem like the ultimate in inside baseball. But processes make a difference. I believe that its failure to follow the long-established policy analysis process is a key reason why Trump administration is losing many court battles.