'They sense weakness': Former senator says the world is 'smirking' as Trump flails away at latest China tariffs 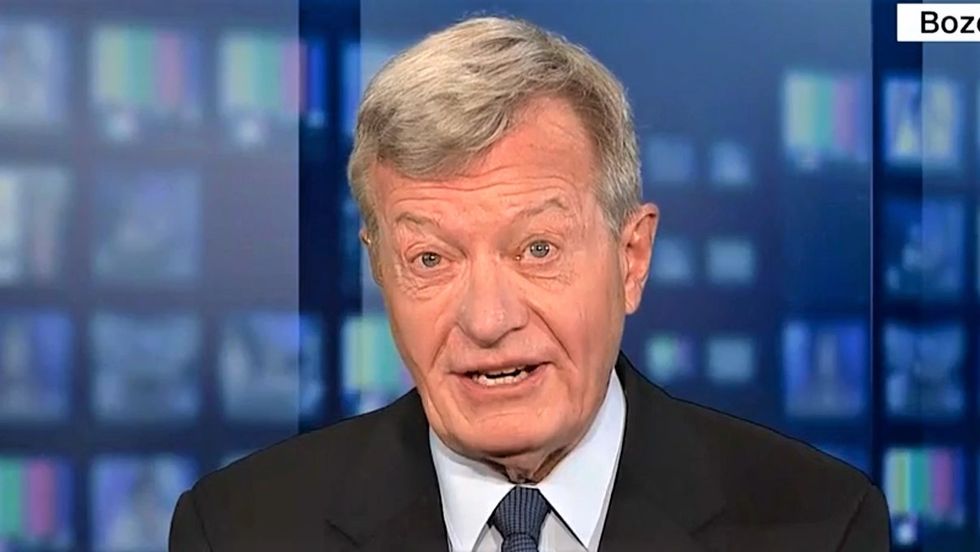 While talking about trade with CNN's Jim Sciutto, Baucus said that China timed its new announcements of tariffs against $75 billion worth of American goods specifically to humiliate the president.

"They sense weakness," explained Baucus, who has also previously served as an American ambassador to China. "And I think that they see a weakness in the United States today. Trump has been weakened because of the weakened American economy and they're retaliating against the tariffs that Trump imposed after there was a truce there would be no tariffs."

Baucus said that China's latest tariffs also show that the country does not fear Trump and that it believes he is incapable of rallying other countries to stand with him in his trade war.

"I think they smirk when they think of the United States president and what the United States is doing, picking fights against not only European allies, but China, the second largest economy in the world," Baucus said.

The former senator also warned that Trump will not heed any counsel he receives from allied countries about how to deescalate the trade war.

"He's narcissistic," he said. "He will just do what he wants to do, irrespective of advice he's getting."