Trump and the Department of Justice have a 'black-eye' for Epstein suicide: conservative pundit 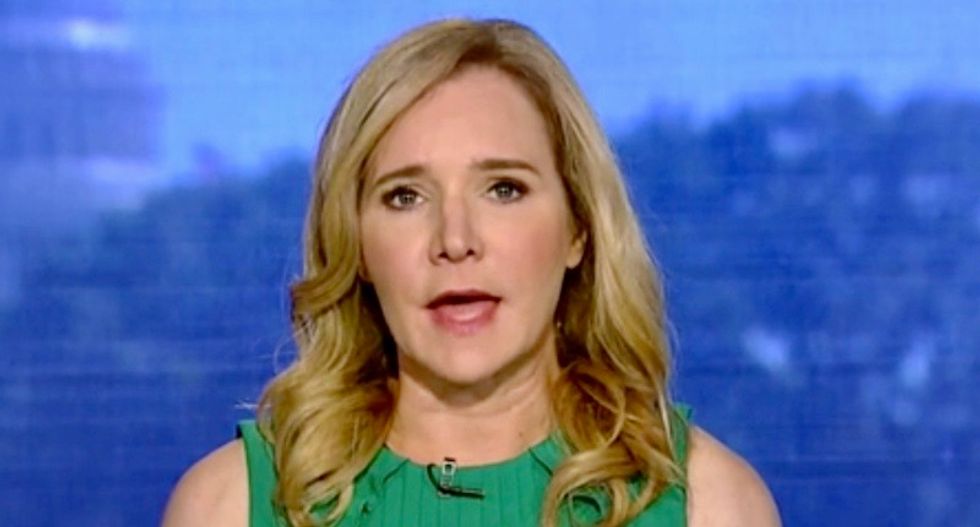 During a panel on MSNBC's "Kasie DC," Stoddard noted that the entirety of Epstein's criminal life was a series of slaps on the wrist for serious crimes.

"Also a process where he got a slap-on-the-wrist-work-release thing where he was only showing up at jail at night, and he was off in his luxurious life working during the day," she said. "So it's — he's always been protected in suspicious ways. This country has no trust, no faith in justice for people like Jeffrey Epstein and the justice for the rest of us. He was connected to very powerful people who really needed him to be quiet. There are conspiracy theories abounding because they don't believe that he killed himself. And now there's going to be questions about the autopsy and everything else."

"This is an epic fail of staff, and it's on the watch of this Justice Department and President Trump's own government as he tweets — or retweets about Bill Clinton, this is their fault," she blasted.

The New York medical examiner said that the cause of death cannot yet be determined, but experts are still saying that it is a suspected suicide.