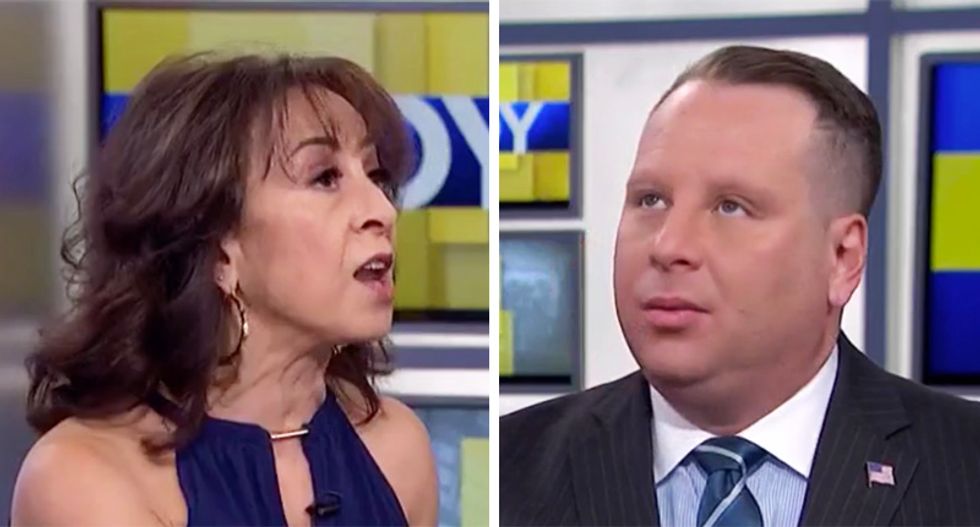 During an MSNBC panel discussion of Donald Trump's efforts to limit immigrants coming into the country, a former adviser to the president's 2016 campaign had his own words turned back on him when he complained about the deleterious effects immigration has had on the economy.

Speaking with host Joy Reid, Sam Nunberg made the pitch for limiting immigration saying, "I want the border secure, I want less of the undereducated coming into America, I want Americans to have jobs, I don't want schools to be filled and I want American citizens to be educated."

After adding that the U.S. has had its "manufacturing diluted" Nunberg was called out by MSNBC regular Maria Honijosa with a series of questions.

"Wait, what does immigration have to do with manufacturing?" she pressed Nunberg.

"Do you know how many undocumented immigrants have been here during that time? Hinojosa pressed.

"Omigosh," Hinojosa cut in. "So, therefore, you just disproved your own theory."

"I don't think so," Nunberg attempted as host Reid cut in.