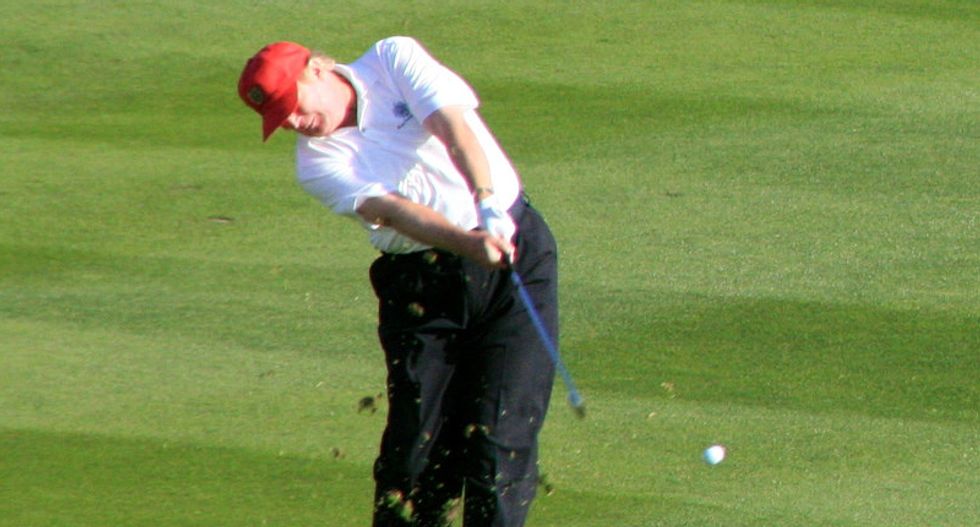 President Donald Trump is on vacation again at another of his golf courses. Not far away from Bedminster, New Jersey, residents in a north Philadelphia neighborhood are sheltering in place as police are in their second hour of another shooting.

"Good things were stated on the call with China the other day. They are eating the Tariffs with the devaluation of their currency and 'pouring' money into their system," Trump tweeted Wednesday afternoon. "The American consumer is fine with or without the September date, but much good will come from the short deferral to December. It actually helps China more than us, but will be reciprocated. Millions of jobs are being lost in China to other non-Tariffed countries. Thousands of companies are leaving. Of course China wants to make a deal. Let them work humanely with Hong Kong first!"

The attack on the officers come less than two weeks after mass shootings in El Paso, Texas and Dayton, Ohio. Less than a week before those shootings was another horrifying mass shooting at the Gilroy Garlic Festival in northern California.

Senate Majority Leader Mitch McConnell (R-KY) has refused to call members back from their vacations to deal with the mass shootings with meaningful reform.