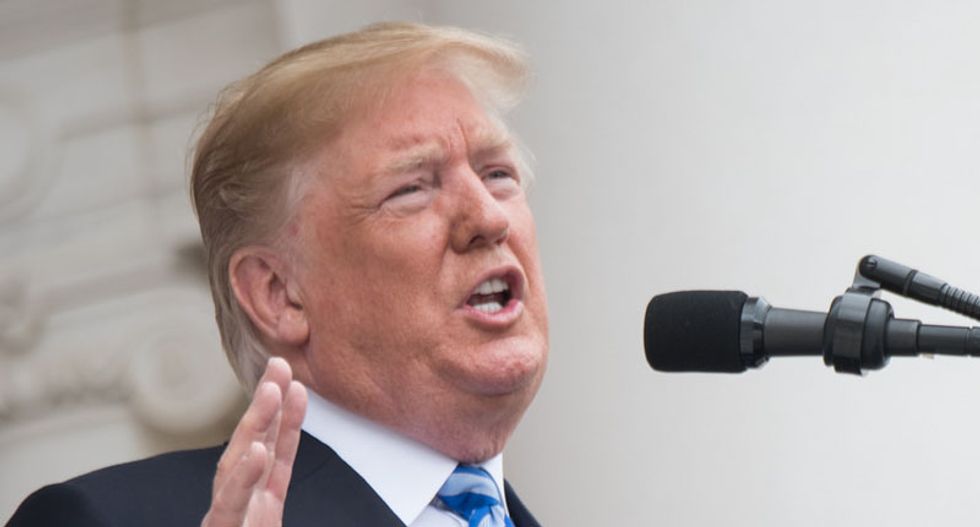 President Donald Trump stepped on whatever goodwill he might have garnered in his address following mass shootings in El Paso and Dayton by misidentifying the Ohio city where nine people were killed.

At least 20 others were killed by a white supremacist in Texas in the first of two gun massacres, and Trump promised "urgent" but unspecified action to address mass killings -- and offered his condolences to the people of Toledo, about 150 miles north of Dayton.

Hey if you’re in Dayton, just a swift reminder that the president of the United States was golfing when your city h… https://t.co/SJaQVoC9VB
— Akilah Hughes (@Akilah Hughes)1565015810.0

Trump couldn’t even get the location of a mass shooting correct in an address to the nation. He said “may God bless… https://t.co/GRb7FKdXyq
— Jamil Smith (@Jamil Smith)1565015675.0