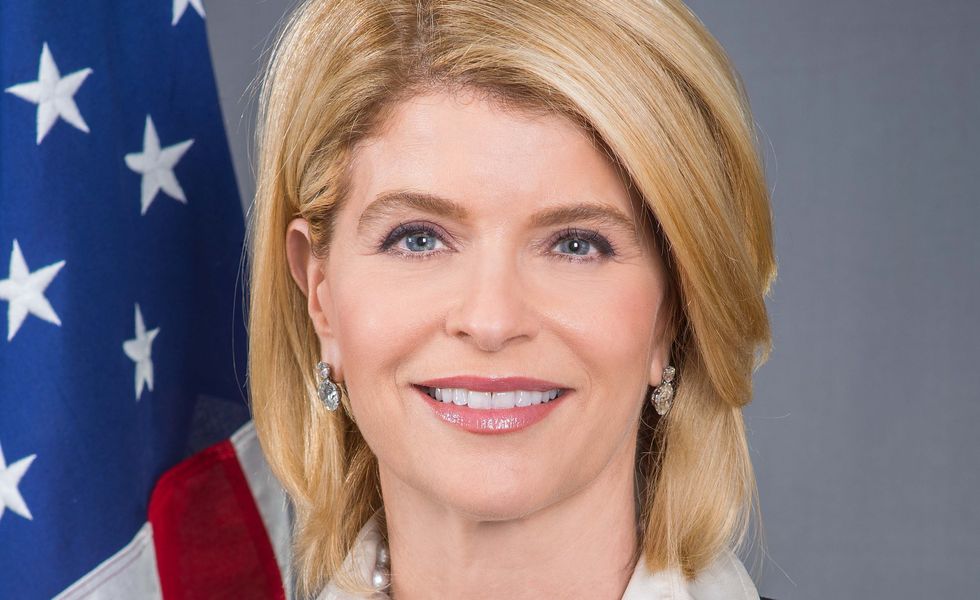 President Donald Trump's statements about the Danish government over the past 24 hours have made things awkward for Carla Sands, the former soap opera actress and chiropractor whom the president appointed to be America's ambassador to Denmark.

On Tuesday, Sands sent out a tweet that hyped up the president's scheduled visit to Denmark -- only to have the president announce on Twitter that he was canceling the event just hours later because the country's prime minister would not entertain his pitch to sell Greenland to the United States.

In the wake of this diplomatic debacle, Sands put out another tweet emphasizing the deep respect that the president had for Denmark and its government.

"POTUS values and respects Denmark and looks forward to a visit in the future to discuss the many important issues in our strong bilateral relationship!" she wrote. "Great friends and Allies like [the United States] and [Denmark] should be able to discuss all issues openly and candidly."

Unfortunately for Sands, Trump undercut her message again when he ranted to reporters about how poorly Denmark had treated him.

“I thought the prime minister’s statement that [buying Greenland] was an ‘absurd idea’ was nasty,” Trump fumed during lengthy 40-minute rant in front of reporters. “I thought it was an inappropriate statement. All she had to do was say, ‘No we wouldn’t be interested!’ We can’t treat the United States of America the way they treated us under President Obama. I thought it was a very not nice way of saying something.”

On Friday's episode of Premiere Radio Networks' The Sean Hannity Show, the host claims that Trump being sent to jail would not necessarily be a road block of any kind in terms of him deciding to run for president in 2024.

Going over possible scenarios for what's to come, Hannity says "What do you think the next thing that happens here is, do you think that they would try and indict the former president in the hopes of convicting him and having him in jail at the time of the next election to prevent him from running . . . Because a conviction by the way, constitutionally, would not prevent him from running for office."

How Chris Christie created a monster

Of course, in the midst of the late Friday afternoon media feeding frenzy over the release of the Justice Department search warrant and inventory of what was taken by the FBI from Mar-a-Lago, Donald Trump issued a statement claiming "it was all declassified."

According to the Wall Street Journal and the New York Times, the classified treasure trove removed from Trump's Florida manse on Monday included 11 sets of documents, "some marked as 'classified/TD/SCI' documents — shorthand for 'top/secretive/sensitive compartmentalized information."

A jury in California has convicted a former worker at Twitter of spying for Saudi Arabia by providing the kingdom private information about Saudi dissidents. The spying effort led to the arrest, torture and jailing of Abdulrahman al-Sadhan, who ran an anonymous satirical Twitter account. His sister, Areej al-Sadhan, and the lawyer for the family, Jim Walden, are calling on the Biden administration to push for his release. “The brutality of the Saudi officials have no limits,” says Areej al-Sadhan. “Twitter and other social media companies have more than a little responsibility for what’s happening, not just with respect to Abdulrahman’s case and the case of other disappeared Saudi human rights activists and outspoken dissidents, but across a much broader array of misconduct,” says Walden.