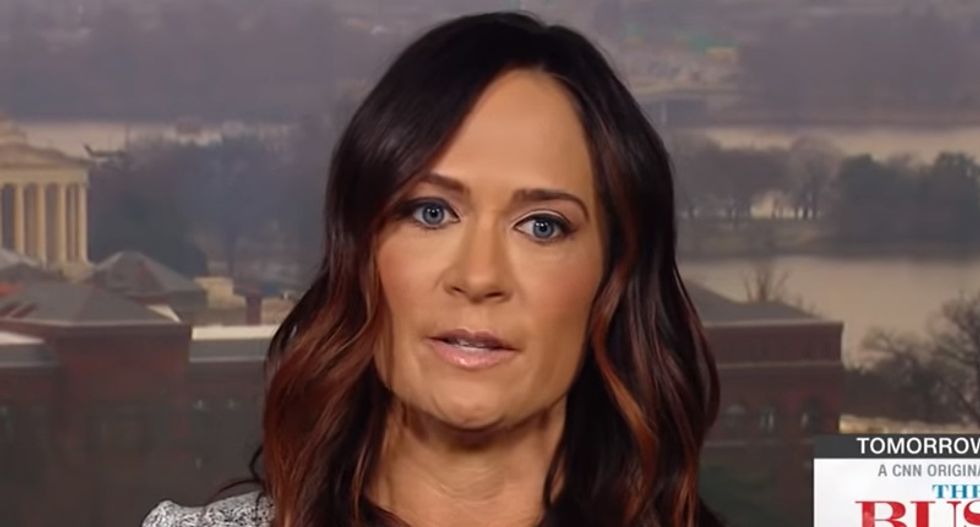 However, the president blew up her claims just one hour later by sending out a tweet telling Israel to bar Tlaib and Omar.

CNN's eagle-eyed fact checker Daniel Dale noticed that Grisham at roughly 9 a.m. on Thursday told reporters that "the Israeli government can do what it wants," while going on to describe reports that Trump told Israeli Prime Minister Benjamin Netanyahu to stop Omar and Tlaib "inaccurate."

At around 10 a.m., however, Trump sent out a tweet that explicitly warned Israel against letting the two congresswomen in.

"It would show great weakness if Israel allowed Rep. Omar and Rep. Tlaib to visit," the president wrote. "They hate Israel & all Jewish people, & there is nothing that can be said or done to change their minds. Minnesota and Michigan will have a hard time putting them back in office. They are a disgrace!"

Omar and Tlaib were both scheduled to travel to the Middle East this weekend, although those plans were thrown into disarray Thursday when reports emerged that Israel would bar them from entering the country. Reports emerged that Trump advised Israel against letting the Congresswomen come, and those reports have now seemingly been confirmed by the president's own tweet.

Trump last month infamously told both Omar and Tlaib, who are both Muslim women, to "go back" to their home countries despite the fact that both are American citizens. Trump supporters subsequently started chanting "Send her back!" after the president attacked Omar at a campaign rally.