Trump is going off the rails because he fears prosecution if he loses re-election: MSNBC’s Morning Joe and Mika 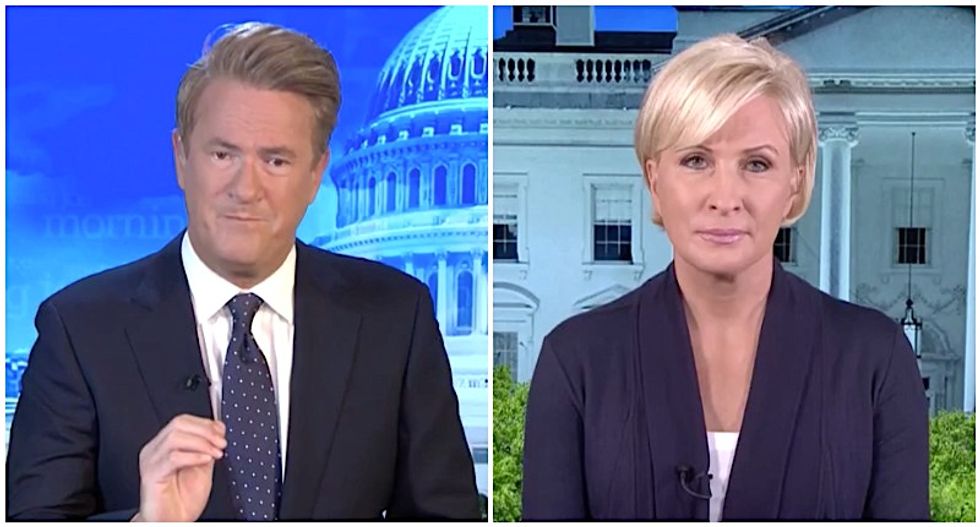 President Donald Trump's recent outbursts have been triggered by his all-consuming fears about the economy tanking his re-election chances, according to MSNBC's Joe Scarborough and Mika Brzezinski.

The president's behavior has been even more erratic than usual this week, the "Morning Joe" hosts agreed, and they believe he's worried about his sagging poll numbers and a possible recession on the horizon.

"From the fascist chants of 'send them back,' to the dual loyalty press conference that he held outside the White House this week, you believe that he's been hearing from his aides inside the White House for the last week or two more bad news coming on the economy, and it's been your opinion that's what set him off."

Brzezinski agreed, saying that Trump fears possible prosecution by the Southern District of New York if he loses re-election next year, before the statute of limitations run out on his alleged crimes.

"Many believe it sets him off because if he loses re-election he's headed to a, you know, to a bad place in his life," she said. "You know, legal challenges awaiting him that would not be awaiting him four years later. So this is make-or-break for President Trump."