Trump just outed himself lying about China paying for the tariffs: MSNBC hosts Velshi and Ruhle 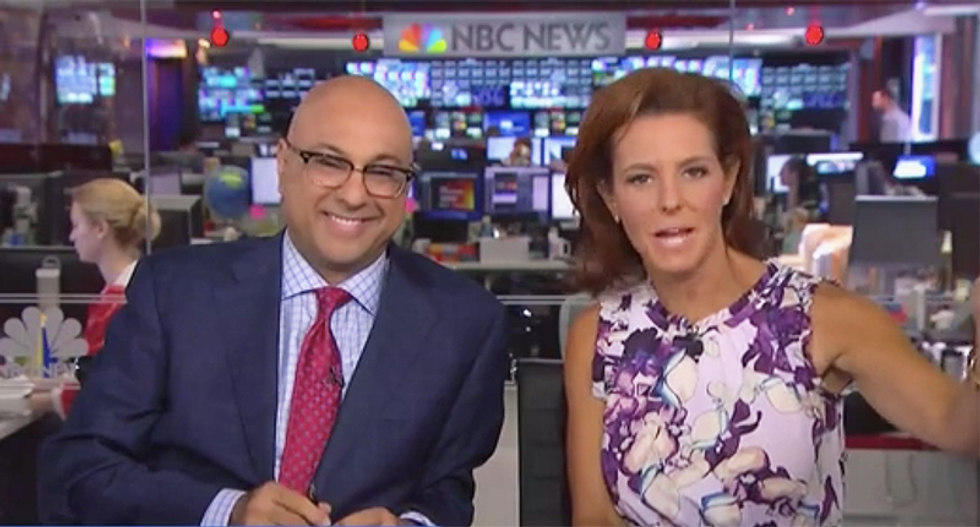 At the end of their show, the hosts showed the Stock Market increase after a few days of the market tumbling.

The president threatened to usher in his tariffs on China Sept. 1, immediately causing the markets to fall in response. Trump has argued that the markets and Americans shouldn't be concerned because China is paying for the increase in tariffs.

“We’re doing this for the Christmas season,” Trump told reporters on an airport tarmac. “Just in case some of the tariffs would have an impact on U.S. customers.”

“So far they’ve had virtually none,” he added. “But just in case they might have an impact on people, what we’ve done is we’ve delayed it, so that they won’t be relevant to the Christmas shopping season.”

In just a few minutes, Trump revealed his "reassurance" about the economy was all a lie.

"This is why this matters," Ruhle began. "The president has said all along: China -- China is paying the tariffs. If that were true --"

"Then what does it matter?" Velshi cut in.

"Why on Earth would the president be delaying these tariffs because of the Christmas shopping season?" Ruhle agreed.

"If China is paying for it why does it matter?" Velshi echoed.

"The president is proving a point that it’s the U.S. importers that pay the tariffs," Ruhle said.