'Trump knows the economy can make or break him': CNN's Erin Burnett breaks down why the president fears the Dow slide 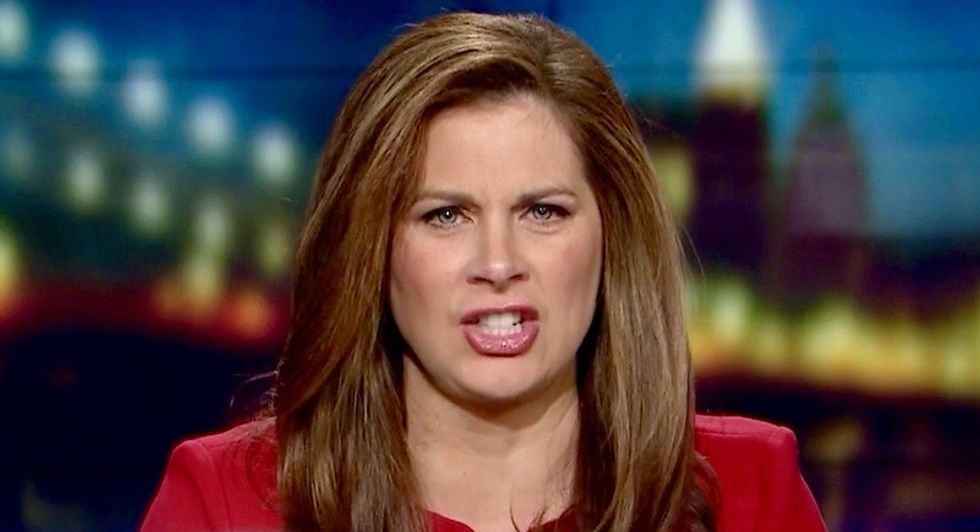 On Wednesday's edition of CNN's "OutFront," anchor Erin Burnett broke down President Donald Trump's seeming panic over the day's 800-point Dow stock slide — and what it means for his case for a second term.

"Trump took to Twitter, sending nine tweets about the economy, including trying to spin the plunge in interest rates into a positive," said Burnett. "The president tweeting 'Tremendous amounts of money pouring into the United States. People want safety!'"

"Well, the president is right about this. Money is pouring into U.S. Treasuries," said Burnett. "But that, as he well knows, is not a sign of strength tonight. That is a sign of deep recession fears. The lower the yield on benchmark Treasuries, the lower the interest rates, the higher the fear of economic crisis. And today the 30-year yield fell to its lowest level in history."

"Markets also afraid of Trump and China's trade war. And Trump took that head-on today too. The tweet 'We are winning, big time, against China.' Well, only time will tell on this. But as for winning right now, Trump's war with China is hurting the United States, big time."

"Trump knows the economy can make or break him. He knows this all too well," said Burnett. "Just listen to Trump."

"Last year, for the first in a decade, the United States was ranked the most competitive economy anywhere in the world," said Trump in a clip.

"I made the economy so strong that nothing is going to stop us," he said in another.

"Our country now has the hottest economy anywhere in the world," he said in yet another.

"That's not what the markets are saying tonight," said Burnett. "And so Trump is blaming someone else, one of his favorite bogeymen, Jerome Powell for the market freefall. Another tweet moments ago: 'China is not our problem, though Hong Kong is not helping. Our problem is with the Fed.' Why blame China when you could blame someone in the United States?"