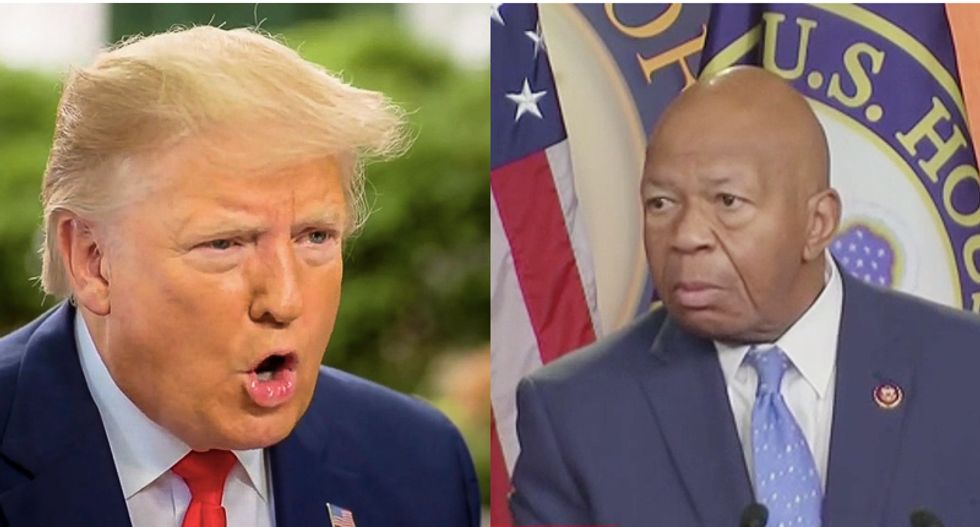 As part of his racist attacks against Baltimore, Maryland and Rep. Elijah Cummings (D-MD), President Donald Trump claimed that the city got "billions" in funding from the federal government. He then alleged that the money was stolen and doesn't make it to the people because of corruption. It was a lie.

"Baltimore’s numbers are the worst in the United States on Crime and the Economy. Billions of dollars have been pumped in over the years, but to no avail," Trump tweeted July 29. "The money was stolen or wasted. Ask Elijah Cummings where it went. He should investigate himself with his Oversight Committee!"

Baltimore’s numbers are the worst in the United States on Crime and the Economy. Billions of dollars have been pump… https://t.co/8mYWBiEs51
— Donald J. Trump (@Donald J. Trump)1564451134.0

The Baltimore Sun chased down the truth about the budget allocations sent to the city and found that no federal dollars were allocated to rodent relief.

If you look at the chunk of $8 billion given to Baltimore, it's actually allocated individuals, agencies and other institutions. "The vast majority has not gone to City Hall to distribute."

Then there's the matter of Social Security payments to individuals. Retirees and disabled Baltimore residents account for $1 billion of the budget. Another $100 million goes to students who get federal Pell Grants. Approximately $500 million goes to Baltimore City Public Schools for "Title I" funding. About $200 million goes to nonprofit groups that help people with HIV and AIDS.

The city of Baltimore gets about $380 million in federal assistance, which gets distributed to 75 different services. The largest amount goes to HIV treatment services and those without health insurance, housing for the homeless, and reducing smoking among pregnant women.

The state of Maryland gets nearly $68 billion total from the federal government and it's hardly one of the top states sucking up federal spending.

Read the full report from The Baltimore Sun and see the allocations via USASpending.gov.