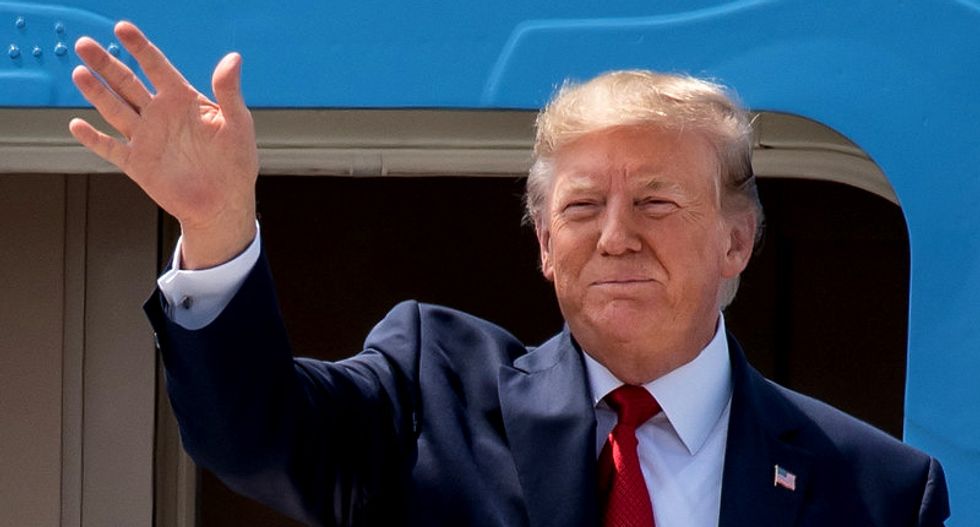 President Donald Trump has come under heavy fire for suggesting that he will pardon government officials who break the law in the process of constructing his border wall.

But it may be worse than that. As former federal prosecutor and law professor Randall Eliason wrote for the Washington Post, Trump's actions could run afoul of federal anti-bribery statutes.

"Trump’s exercise of the pardon power has been unconventional, to say the least," wrote Eliason. "He has largely disregarded the established processes for reviewing pardon requests through the Department of Justice’s Office of the Pardon Attorney, seemingly preferring to act on personal whim or political sympathies. And he has granted pardons to some controversial figures, including former Arizona sheriff Joe Arpaio and conservative commentator Dinesh D’Souza. But it’s one thing to flout normal procedures for granting pardons to those already convicted of past crimes unrelated to the president. It’s quite another for a president to use the promise of future pardons to encourage unlawful behavior by members of his own administration. The latter is truly corrupt: signaling to aides that they may freely disregard the nation’s laws because the rules don’t apply to those who do the president’s bidding."

As Eliason noted, former special counsel Robert Mueller cited as one potential instance of obstruction of justice the fact that Trump appeared to dangle pardons for officials like former campaign chairman Paul Manafort, who could have acted as witnesses against him in the Russia investigation.

"This more recent offer of pardons for breaking the law to build the wall probably would not constitute obstruction of justice, because it is not connected to any official proceeding," wrote Eliason. "But offering a pardon for such illegal acts could easily violate the federal bribery statute, 18 U.S.C. 201. That law makes it a crime to give, offer, or promise 'anything of value' to a federal public official to influence the official in the performance of an official act or induce the official to violate his or her lawful duty."

"If there were compelling evidence that Trump did encourage aides to break the law and promised to pardon them, that sounds like bribery," concluded Eliason. "That’s on top of other legal theories that also could implicate the president, including conspiracy or aiding and abetting any resulting crime. If the allegations turn out to be true, then before leaving office Trump may have yet another reason to confront an unresolved question concerning his pardon power: whether he can pardon himself."